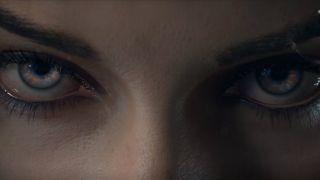 Even we don't have the power to make Mondays stop sucking, but we can help get you speed through the final hours with the best news about the hottest games, shows and movies.

Whispers around the gaming playground suggest we might see Cyberpunk 2077 as one of the E3 2018 games, and now CD Projekt CEO Adam Kicinski is talking big at industry events. "Cyberpunk is our new The Witcher 3, but even more ambitious," he said, at the Pareto Securities Gaming Seminar. "Our goal is to establish a new blockbuster franchise from the beginning. We work [in a] new universe, futuristic universe. We believe it's very appealing to players, not only RPG players - but this is [a] true RPG, like Witcher, like Witcher 3, for mature audiences. It's handcrafted, detailed, of course open-world, with open-ended gameplay"

Eric ‘ConcernedApe’ Barone has mentioned his follow-up to Stardew Valley in a tweet, getting everyone all excited about whatever it is he chooses to do next. Superfans will remember that, as far back as 2011, he dropped some hints on Reddit. The next game will be set "on the same planet" as Stardew, but "it's not a sequel or expansion in any way."

Today is the 2 year anniversary of Stardew Valley. I've got that strange sensation of both the shortest and longest 2 years of my life. Thanks for joining me on this journey everyone. With MP close, my next (secret) game in the works, and more... there's lots to look forward toFebruary 26, 2018

Check out the latest additions to the Xbox Game Pass Library

Microsoft has added a bunch of new titles to the Xbox Games Pass stash. There's Oxenfree, Rise of the Tomb Raider, Resident Evil Revelation 2 - and on March 20, Sea of Thieves joins the roster. Xbox Game Pass costs $9.99 a month, but first-timers can try it for 14 days for free.

Watch your new man crush Michael B. Jordan in the Fahrenheit 451 trailer

Michael B. Jordan is hot like fire as Killmonger in Black Panther, and now he's blasting actual fire at books in the latest trailer for HBO's dystopian adaptation Fahrenheit 451. Out this spring, the series also stars the master of bad guys roles, Michael Shannon.

Rare has found a way to say thanks to the players who dipped a toe into Sea of Thieves during the beta process, constructing memorials to them in the game's world. Check out this forum post for the official list, and feel very jealous of all these now infamous pirates.

Alicia Vikander reveals which Tomb Raider game is her favorite

Save $200 on a Razer Blade gaming laptop

6 questions the Star Wars: The Last Jedi novel answers about the movie (including how Leia might be written out of Star Wars 9)