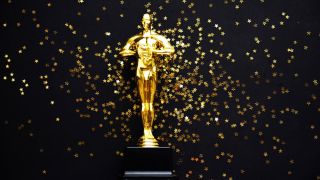 Hollywood's finest are on the edge of their seats as we speak after walking the most famous red carpet of them all at the world's biggest awards ceremony in Los Angeles. If you're still scrambling to tune in there's still time to see the biggest awards and you're in luck as we're here to tell you how to watch the Oscars live stream online or on your TV with just a few basic steps. And it doesn't matter what country you're in, as we've done our research to ensure you don't miss a moment of the 2020 Academy Awards. There are even some free options available too.

So, roll out the red carpet, iron the creases out of the tuxedos and send for the haute-couture gowns (or yanno, get the chips and dips at the ready)... it's time for the Oscars.

Following last year's success, the 92nd Academy Awards will once again be going host-less, they will be relying on its presenters for sets of awards instead. And if you're ready to make your 2020 Oscars predictions, our money's on the Joker winning a couple of awards, it has 11 Oscar nominations! Or perhaps we will see Scarlett Johansson go home with two trophies - one for best supporting actress and the other for best actress. Or are you tuning in to see if Martin Scorsese wins Best Director? Best Picture is a hot pick this year too with The Irishman, Joker and 1917 being amongst the favorites.

Don't forget the entertainment section of the ceremony either - multi-grammy award winner and relative newcomer Billie Eilish is set to bring her unique and critically acclaimed brand of dark pop to the show. Sir Elton John, Randy "You've got a friend in me" Newman and Broadway legend Idina Menzel - the singer behind Frozen's Let It Go - will also be gracing the audience with performances.

So whether you're ready to see the best-dressed stars or you've got your fingers crossed that Joaquin Phoenix wins best actor simply keep reading to find out how you can get an Oscars 2020 live stream from anywhere in the world.

The 92nd Academy Awards is set to take place in the Dolby Theatre in Hollywood on Sunday, February 9 at 5pm PT / 8pm ET/ 1am GMT and midday AEDT on Monday.

Live stream the 2020 Oscars from the US

Similarly to last year, ABC once again will be airing the Oscars in the US. So as long as ABC is one of the television channels you can get as a part of your current TV package, then grab the popcorn, sit back and relax!

It's a bit trickier to watch the Oscars online, you'll only be able to live stream on abc.com and via the network's app on a few select locations. These include Chicago, Fresno, Houston, Los Angeles, New York City, Philadelphia, Raleigh-Durham and San Francisco. And you'll only be able to do this if you have a participating TV provider. You'll have to sign in to your account too.

However, you do have other options including Hulu with Live TV, AT&T TV Now and YouTubeTV.

How to get a FREE 2020 Oscars live stream from Australia

It's great news for all of the fans Down Under! Australian viewers get free access to watch the 92nd Oscars thanks to Channel 7. Simply switch on the TV, or the mobile 7Plus app or use the website live stream. The date for your diaries is Monday, February 10  at 12pm AEDT. And if you aren't in Australia when it's live-streamed you can always use a VPN as described further down this page.

How to get a 2020 Oscar live stream from Canada

Canadian based fans will be able to watch the 92nd Academy Awards on CTV live. However, if you don’t have a TV, you can still watch the awards show on the network’s website though you will have to select your TV service provider and sign in with your CTV account. Remember to tune in at 5.30pm/3.30pm MT!

Live stream the 2020 Oscars from the UK

UK fans will be able to live stream the whole ceremony on the Sky Cinema Oscars channel or Sky Go if you're on mobile. Not a Sky subscriber? Don't worry you've also got the option to get a Now TV Cinema Pass. This lets you get all of Sky's film channels for a mere £11.99 per month and you get a 7-day free trial meaning you can watch the Oscars for FREE and then cancel it afterwards.

How to get a 2020 Oscars live stream from India

Make sure you tune into Star India to catch the Oscars 2020, it will have all the red carpet action from 5am if you have the channel in your satellite TV bundle. But if you want a bit more sleep, the ceremony itself won't actually begin until 6:30.

Not living in any of the countries listed above or you're abroad right now? Don't worry you can still get around those pesky geo-restrictions with a VPN.

A VPN is basically a service that allows you to alter your IP address to appear like you're back home. And even though there are plenty of VPN providers out there and we've tested a wide range of them ExpressVPN is our absolute number one.

Plus it's got a great offer on right now with 49% off and 3 extra months FREE with an annual plan.

Not only does it have an incredible selection of reliable server locations to connect to around the world, it has extremely fast connection speeds. Plus ExpressVPN has plenty of reassuring privacy options - meaning that if you're browsing on public Wi-Fi you won't need to worry about your online security.