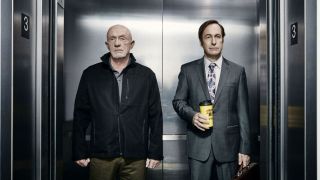 Finding the best shows on Netflix is a troublesome, tricky dilemma. It’s one that affects all of us at one time or another in our modern, streaming lives. With the endless categories and bright, captivating thumbnails of all the series on offer, everything seems so inviting! But here’s the rub: you simply don’t have time to wade through half a season of a show that your co-worker said gets “really good around episode six.” You want the good stuff, and you want it NOW! It’s that spirit – you know, the one of demanding terrific entertainment from the outset – which drives GamesRadar+ to find the best shows on Netflix right now, to satisfy your every viewing whim.

This carefully curated mix of shows alleviates the nightmare of not knowing where to start! With the sheer quantity of titles on offer, it’s easy to find yourself scrolling endlessly. To make that easier, we’ve thrown together a healthy combination of drama, comedy, horror, thrills, and sci-fi. There’s a little bit of everything for everyone. This coming week, those in the UK can dive into Better Call Saul season 5 which lands on February 24. Of course, if you’ve never seen it? No time like the present to get all caught up on one of the best shows on Netflix!

The show: Dark and torrid are two adjectives that could describe any season of FX's anthology series. And it's rather bleak too. Still, that's the allure of Ryan Murphy, who has a way of hooking you into the corroded corners of humanity by crafting tales of unbelievable madness. Each season begins anew, with a fresh story, location, and characters – although many of the same actors return. The 2018 season, Apocalypse, unites several of the previous cast, and still maintains its own sense of WTF-ery.

Why it's worth a watch: Mixing up each of its seasons by throwing out new scenarios with the same cast brings a unique feeling to American Horror Story. You sense a familiarity to proceedings, as you recognise the actors, yet things are off as their new characters are likely vastly different. Simply put, it’s unlike any other horror series. It’s weird, it’s black as night, and it’s baffling. This won't just give you sleepless nights – it will make your days pretty jarring too.

The show: Whenever a show takes one country by storm, not long after the rest of the world asks: when can we see it, please? After hitting the UK and becoming one of THE biggest water cooler shows of the year, Bodyguard is now here for US viewers to devour in one sitting. I mean, weekend. Keeley Hawes stars in this six-parter as Home Secretary and Conservative MP Julia Montague, who is under the protection of police sergeant David Budd (Game of Thrones’ Richard Madden), a war veteran with PTSD. He will do anything to ensure Julia’s safety, as that’s his job, but that doesn’t mean it’s easy: he loathes everything she stands for...

Why it’s worth a watch: Pure, can’t-tear-your-eyes-away entertainment that’s bound to have you saying “just one more episode before bed.” This is sterling television, a well-crafted crime thriller, which is what the BBC does best, that gets better and better with each episode. Don’t believe me? It’s officially the BBC’s most watched TV drama since records began.

Read more: Let’s talk about the Bodyguard TV series ending - 7 questions we have after THAT finale

The show: Forget your dreary, downbeat superheroes. Supergirl, both the show and its title character, are replete with optimism and hope, steering this adaptation into new terrain. Melissa Benoist stars as Kara Danvers, aka Supergirl, a twentysomething news reporter who struggles to ignore her abilities when there’s always justice to be served, and good to be done! Packed with great action sequences - alright, season 1 wavers a little on this front - and unique twists on DC comic lore, this is a blast of fun in a typically dark arena of entertainment. Each season incorporates a 22-episode long arc, that ropes in Kara’s adoptive sister Alex Danvers (Chyler Leigh), her long-time friends Lena Luthor (Katie McGrath), J’onn J’onzz (David Harewood) and Jimmy Olsen (Mehcad Brooks).

Why it’s worth a watch: Another small-screen superhero series? Following in the footsteps of The CW’s caped crusader-centric shows, Supergirl manages to be both a loyal adaptation of the character and a wholly entertaining show in its own right. It's a fun and compelling series that explores current social issues without bringing down the atmosphere. Season 4 warrants massive praise for tackling an alien immigration storyline along with a deftly-handled transgender character played by a transgender actor.

The show: If you haven’t heard about Brooklyn Nine-Nine’s brush with death, then here’s the short version: Fox canceled it, fans took to social media, and 30 hours later NBC picked it up for another season. That’s how you make sure your favourite series gets to go out right, and for viewers who have come to love the cast of oddballs at Brooklyn’s 99th precinct, it was the only option. Andy Samberg leads the superb line-up of characters as Jake Peralta, a carefree NYPD cop who works alongside a quirky crew of detectives.

Why it's worth a watch: The fact that its die-hard fan base pulled together to rescue it from the axe is perhaps the biggest endorsement you could want for a show. Oh, and it’s really funny, which is what you want out of a sitcom really, isn’t it? Nine-Nine!

The show: Another comic book adaptation set to win you over with its epic mash-up of blood, action, and comedy. Wynonna Earp is based on the IDW comic series that follows the great granddaughter of legendary gunslinger Wyatt Earp. After returning to her hometown of Purgatory following the mysterious death of her uncle, Wynonna reluctantly takes on the role bestowed upon Earp’s heirs: she becomes a demon hunter. Together with her sister, Wynonna joins forces with a cop and an old pal of her grandfather’s to kick the butts of the Revenants - the resurrected souls of the men Wyatt Earp killed.

Why it's worth a watch:  A supernatural western with a female lead, a slew of solid female supporting characters, and a big dollop of horror? Yep. As a blend of Buffy and Supernatural, with a touch of Westworld thrown in for good measure, this series is perfect for genre hounds. It also helps that it’s very funny.

25. Orange is The New Black

The show: Loosely based on the real-life experiences of Piper Kerman, this comedy-drama from Weeds creator Jenji Kohan is like nothing else on the streaming platform. That's probably because it's a Netflix Original - and by 'eck, original it certainly is. The first season follows Kerman's memoir closely, as Taylor Schilling's Piper Chapman enters the prison system after being convicted of aiding a drug trafficker - her ex, played by That '70s Show's Laura Prepon - who also happens to be incarcerated in the same prison...

Why it's worth a watch: Once the show diverts from the true story, it becomes a wild mash of interesting plotlines. Piper's still in the mix, but there's a rich cast of fully fleshed out characters who we learn lots of secretive tidbits about through flashbacks.

The show: When it first dropped in 2015, Kimmy Schmidt’s theme song was all anyone could talk about. And yes, while it’s a hummable-as-fudgin’-heck, there’s a lot more to this eccentric comedy from 30 Rock creators Tina Fey and Robert Carlock than meets the eye. A zany sitcom with heart and silliness in equal amounts, the show begins with New York newbie Kimmy Schmidt starting with a fresh slate after spending the previous fifteen years trapped in a doomsday cult led by the deranged Reverend Gary Wayne Gary (an eerily-good Jon Hamm). Now in the big city, Kimmy discovers a new-found joy for living, that’s got a distinct ‘90s edge.

Why it's worth a watch: It's as if 30 Rock never ended. But with added Carol Kane, who absolutely slays it as Kimmy's wiseass landlady, Jane Krakowski, who continues to be one of the funniest comics on the small screen, and the musical genius who gave us Peeno Noir and Boobs in California, Titus Andromedon.

The show: On the surface, its premise sounds remarkably similar to Silicon Valley. However, where that series takes place in the present day, Halt and Catch Fire is fixed firmly in the '80s. Kicking off at the height of the personal computer revolution, it revolves around Cardiff Electric, a fictional software company that receives a much-needed juju boost with the advent of a new trio played by Lee Pace, Scoot McNairy and Mackenzie Davis. All three are top of their field, and aim to outwit their competitors by reverse engineering a PC.

Why it's worth a watch: History buffs, rejoice. This quirky series is fiction, of course, yet it begins in the Silicon Prairie of Texas in the '80s, and steal inspiration from the era to fuel its plottings. The real-life tales of Bill Gates and Steve Jobs are two such industry figureheads. Using their stories to explore what happened behind-the-scenes during the '80s personal computer boom, the show fleshes out into its own world and is as bingeable as they get. One of the best shows on Netflix you’ve never seen.

The show: Marvel's second Netflix Original series is a dark, gripping drama about a private investigator with super-powers who just wants to curl up with a bottle of Jack and be left alone. The world comes knocking with a problem, and it's up to Jessica Jones to track down the hellish man responsible... who just happens to be a familiar face. Along for the ride is trusty comrade Trish Walker, whose talk show sheds a little too much light on the ‘supers’ for Jessica’s taste, and neighbour Malcolm, who is desperate to help Jessica put her demons to rest. As is often the case, her past returns to haunt her…

Why it's worth a watch: Kristen Ritter's performance as the eponymous hero, who resists her calling at every turn, is truly stunning to watch. Each episode charts her inner struggle to winning effect, and sheds a light on the true consequences of trauma. And with season 3, the last ever of the Marvel-Netflix superhero shows, now available, it's time to get caught up.

The show: Michael Douglas and Alan Arkin co-star in this comedy-drama as lifelong friends Sandy Kominsky and Norman Newlander. Coming to terms with getting old in Los Angeles, the pair often handle aging in the most juvenile ways possible. Sandy continues to work as an acting coach whose studio remains a popular spot for wannabe stars to hone their craft, Norm, his long-time agent, is along for the ride while coping with the recent passing of his wife.

Why it’s worth a watch: What might Californication’s Hank Moody be like at age 70? The Kominsky Method offers a glimpse at a similar set-up - granted, Sandy’s an acting coach not a writer - with less crassness and more heart. Tackling the topic of growing old with a generous dollop of humour makes this a definite must-see, thanks to Douglas and Arkin’s brilliant chemistry as old pals.