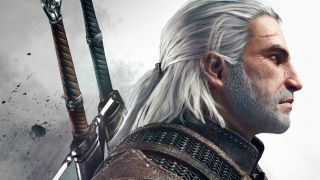 Third time truly was the charm for CD Projekt Red’s The Witcher series - despite achieving mainstream appeal with the second entry, The Witcher 3 dominated 2015 with its best-in-class open world, peerless graphics, and detailed quests. It’s since set an extremely high bar for the open-world RPG genre and is hard to beat in regards to its gigantic scale and consistency. Its influence can be seen in many popular games like The Witcher 3 that followed and it is still being talked about to this day in critical circles, a content-rich goldmine that will always have a reliable place in the game libraries of many. So, here are 10 games like The Witcher 3 that you should play once you’ve wrapped up Geralt’s story.

1. The Witcher 2: Assassins Of Kings

It’s hard not to point players to Wild Hunt’s predecessor when it’s so similar and lathered in depth and care. The Witcher 2: Assassins of Kings wasn’t as much of a runaway hit as its eventual sequel, but it’s still one of the finest Western RPGs you can play, even eight years after its initial release. For many players, Wild Hunt was their first introduction to the tale of Geralt of Rivia, which is a disservice given how much-established character development is ready for you to dive into with the second entry in the series.

One main reason to step back into CD Projekt Red’s catalogue is to further understand the characters and world of The Witcher and the Eastern European mythos that underpins it. Whilst it doesn’t retain some of the quality-of-life features as seen in its blockbuster sequel, The Witcher 2 is still a solid experience that differs in some meaningful ways to Wild Hunt which more old-school RPG fans might enjoy. It demands a bit more of the player and is a little more traditional and tactical than you may have come to expect, but that shouldn’t stop you giving it a fair shake, especially if you want to learn more about Geralt and his merry mates.

Rockstar’s gargantuan magnum opus is a fine place to start once you’re getting bored of the medieval world of The Witcher. Whilst it might offer a jarring departure from Wild Hunt’s in-depth melee combat system, Red Dead Redemption 2 delivers a similarly rich world full of life and uniquely affords players the agency to interact with every moving part. Arthur Morgan’s story is engaging, involved and driven by emotion, resulting in bombastic set pieces that make use of the game’s crunchy gunplay and peerless open-world setting, which covers multiple biomes and a variety of wildlife which you can hunt and catalogue. If you enjoyed the detail and care behind The Witcher 3’s many quests, Rockstar’s open-world tour de force offers similar delights, with some truly memorable characters and a branching, novelesque story that never drops the ball.

Ubisoft’s recent reinvention of Assassin’s Creed has been an impressive, refreshing break from the cloying formula, and the DNA of Wild Hunt can easily be seen coursing through the tectonic Grecian veins of Assassin’s Creed Odyssey’s open world. A worthy point of inspiration as any, Odyssey should feel deeply familiar to fans of The Witcher 3 in combat alone, as well as its nuanced protagonist and a healthy dose of dialogue options. Whilst it is a bit more bloated and less consistent in its quests, it’s nice to be able to tune your character via the skill tree in Odyssey, allowing you to approach combat with stealth options and stacks of variety to keep things flowing and interesting. The gear-based grind is also addicting and fun to toy with, as is exploring the bountiful ancient ruins steeped in the real-world mythos.

If you really took a liking to the monster hunting aspect of The Witcher 3, you should feel right at home with Monster Hunter World. Capcom’s mainstream dambuster is a focused battler with plenty of complex mechanics for you to sink your teeth into. If you’ve always wanted to bring your friends along for the Griffin-tracking ride then World is one of those games like The Witcher 3 which provides the perfect co-operative framework and a hellishly addictive progression system. Regardless, if you get bored of playing with the default characters you can even dress up as Geralt himself and perform some acrobatic Insect Glaive takedowns on Leshen thanks to the crossover event!

Bethesda’s most cohesive and atmospheric open world to date, Oblivion was a gamechanger when it first released in the Xbox 360’s launch window, creating a similar wave of influence as The Witcher 3 when it appeared in 2015. Whilst the graphics look a bit dated now, the complex systems, dreamlike score and varied environments will draw you in and trap you in its fantasy world. It has the same sort of aloof comedic tone as The Witcher 3’s Blood and Wine expansion, so if you enjoyed exploring Toussaint you’ll no doubt love Cyrodiil - especially the Shivering Isles. Given the ability to really fine-tune your character too you can choose to chart your own adventure instead of following a linear character-driven track.

Another golden oldie, the first Fable is another game that should be in the same conversation as The Witcher 3 for the best Western RPGs of all time. Lionhead’s 2004 epic was recently remastered for the PC and Xbox 360, bringing the visuals up to date whilst retaining the absorbing charm of Albion. For its time, the ambitious morality system which took into account player actions and warped their appearance in tow was groundbreaking, and it’s still plenty of fun to toy around with as you eat crunchy chicks and break the law only to grow horns and turn your skin pale. With an engaging narrative, a brilliant antagonist and a similar combat system, it’s hard to fault Fable Anniversary if you’re a fan of The Witcher looking for something nostalgic that treads on similar ground.

Widely considered to be the best in the series, Dragon Age: Origins shares a lot of muscle memory with The Witcher 3 given its medieval setting, diverse cast of characters and genuinely world-altering dialogue choices. Despite being almost 10 years old now it still holds up on modern platforms and certainly had a part to play in fostering the modern RPG renaissance that paved the way for The Witcher 3. With a hard but fair combat system and snappy, consistent dialogue that complements a 40-hour narrative, this is a classic not to be missed if you’re looking for a challenge and consider yourself a fan of games like The Witcher 3.

Whilst being a strictly top-down experience, fans of old-school RPGs and tabletop enthusiasts who are looking for a bit more depth in systems than The Witcher 3 should rush to Divinity Original Sin 2. As well as being able to play four-player drop in/drop out co-op with your friends, you’ll find yourself in a vibrant world full of interesting characters and most importantly, impeccable writing. Larian is a studio full of world builders and true story-tellers who understand how to weave a 50+ hour long narrative without making it drag, a shared skill with the fine folks at CD Projekt Red.

If you consider The Witcher 3’s combat to be the star of the show you should definitely considering picking up a title from Monolith’s Middle-Earth series - Shadow of War being the latest and greatest. Playing as a budget Aragorn you’ll quickly feel the same endorphin blast as Talion rips and tears his way through Uruk-hais and Orcs in an acrobatic fashion that would make Geralt of Rivia swoon. Whilst the characterization and emotional heartstrings aren’t being tugged quite as hard here you can certainly still get wrapped up in its lore-rich world via the Nemesis system, where legions of enemies will hold grudges against Talion and track him down through the vast open-world.

Another game that offers a shift in setting but will still be enjoyable for fans of The Witcher 3, Horizon Zero Dawn is easily one of the most inspired new I.Ps in recent years. The beauty of the Decima engine offers up similar jaw-dropping visuals to Wild Hunt whilst boasting a seamless open world full of retrofuturistic dinosaur beasties. If hunting was your game in The Witcher 3 than Aloy’s cat-and-mouse combat should be second nature to you, and you’ll no doubt enjoy the gripping storyline and well-voiced characters throughout. With light RPG mechanics and a robust stealth system, there are a lot of unique features to keep you interested, and whilst it’s a bit more lonely than The Witcher 3’s populated regions this dystopian absence of life creates a certain atmosphere that is hard to put into words.