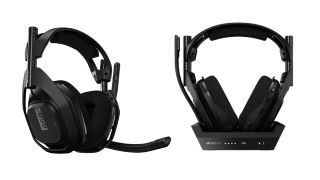 Sure, Boxing Day is almost over, but this cheap PS4 headset is a great way to make the most of the waning Christmas deals. Treat yourself just one more time, with the Astro A50 one of the best gaming headsets on the market. It normally retails for $300, but now you can get it for just $250, though we don't expect this deal to last,  as it's one of the best Boxing Day deals available right now.

This headset is certainly one worth buying - it's wireless, and has Dolby 7.1 Surround Sound. That means you're getting clear, crisp sound without any pesky wires. The cups are incredibly comfy, so you can wear it for some serious marathon sessions. The Astro A50 can be used with both PS4 and PC, so if you game on either, this is the headset for you. Plus, it comes with a handy charging station that makes it super easy to recharge your headset when not in use. We can't imagine this Boxing Day deal will last long, so snag this PS4 headset while you still can.

This is a headset that's worth your earned cash, especially if you've been buying cheaper ones in the past and are sick of replacing them every few months. The Astro A50 won't crap out on you, we promise.  If you got a PS4 or gaming PC for the holidays, this is an extra treat that will make your gaming experience even better.

Like we said earlier, this is one of the best Boxing Day deals we've seen thus far, and we can't imagine it'll last long. Simply put, the Astro A50 sounds like a dream and is more comfy than most, so snag this headset while you can.

If the Astro A50 deal isn't what you want right now, you might as well check out our best PS4 headsets for 2019, before the year is up.