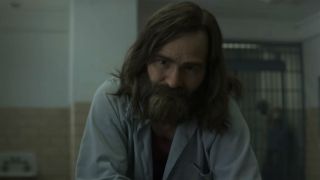 Two years after the first season arrived on Netflix, Mindhunter season 2 is almost here. And just over two weeks before its release, the trailer has arrived, teasing some of the most sadistic serial killers in history, a killer soundtrack, as well as Ford and Tench on the hunt for a new murderer, It’s clear that August 16 can’t come soon enough – but this short teaser trailer for one of the best Netflix TV shows will tide you over in the meantime.

The entirety of Mindhunter season 2 is set to revolve around the real-life Atlanta child killings that started in the 1970s and carried on into the next decade. As is the show’s MO, the pair of detectives will need some help from the most twisted minds around to help track down the killer.

And what a Murderer’s Row it could turn out to be. The season 2 trailer showcases the return of Ed Kemper (who’s goading the detectives into thinking they can’t catch the serial killer), plus quick shots of Son of Sam, the BTK masked killer; each prolific serial killers in their own right. There’s even a quick look at Charles Manson who, in a twist of fate, also plays a part in Quentin Tarantino’s Once Upon a Time In Hollywood, with the same actor (Damon Herriman) playing Manson in both.

The return also looks to focus on where we left off in season 1, namely Holden’s panic attack after his confrontation with Kemper in the finale. He’s seen in the hospital very briefly during the season 2 trailer.

But you’re probably asking one question after watching the Mindhunter season 2 trailer: what’s behind that door? Frankly, we don’t want to know – but, if the teaser is any indication, the answers are bound to be as gory and grisly as ever.

Mindhunter season 2 will launch on Netflix on August 16.

Find out more about what's coming your way next month with Release Radar, our look at the next seven days in games, movies, and TV.