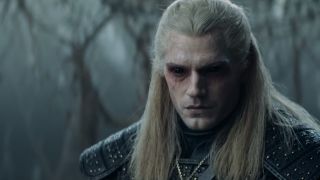 With the first season of the Witcher Netflix series closing in, all eight episode titles have been revealed on Twitter. Teasing everything from dragons, to potentially Dandelion, and even Geralt’s most infamous nickname, this is a good a teaser as any before its December debut.

So, the episode titles. You can see them all on the Twitter thread here… or scroll down a bit to see them in nice, neat text form – complete with attached synopsis for each episode.

Did someone, somewhere, summon a djinn to then wish for all 8 chapter titles? Here you go. Now does anyone know a doctor to check Jaskier's vitals?A monster slain, a butcher named pic.twitter.com/PcXF1aeGSzNovember 22, 2019

There’s plenty to parse out here. Episodes two and seven both appear to be flashbacks, with the former possibly charting the origins of how Yennefer came to be the all-powerful sorceress we know and love from both the books and games.

Some lore can be picked out of those too. The “butcher” is a reference to Geralt’s moniker The Butcher of Blaviken, given to him after he saves the town of Blaviken from a group of murderous bandits. As for the poor, unfortunate bard? Dandelion first encounters Geralt after four men threaten to caught off his private parts. It wouldn’t be a stretch to suggest he’s the bard mentioned here.

Then there’s the dragon. A recent round of images focused on a monster claw – but this is a different beast entirely. Quite literally. The pairing of a dragon hunt and the next episode, a kingdom being “flamed” might indicate which fiery road the Witcher Netflix series is going down. But things won't end there. A second season has been commissioned, meaning there are plenty more creatures for Geralt to kill down the line.

All eight episodes of The Witcher, starring Henry Cavill, arrive on Netflix on December 20.