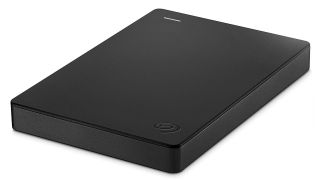 If you're looking for some extra storage there's a range of Seagate portable hard drives you can grab with savings from £20 to £60 off. It's a timed deal though, set to expire at midnight tonight (November 29) so don't take too long to decide.

Here are the deals to pick from. The 1TB version is probably enough for most people, but that £58.08 off the 5TB drive is an amazing deal that will probably sort out all your storage problems for years to come.

Whatever size you're after, those are great deals for USB 3.0 plug in and play storage expansions. Just drag and drop your files, or use it to expand your PS4 or Xbox (carefull with the Xbox though, it formats things in a way you can never un-Xbox).

Just pick a size and grab those savings

1TB Seagate External Portable Hard Drive - £33.99 (save £21.00)
With 1TB of storage this HDD should take care of most media storage situations. View Deal

2TB Seagate External Portable Hard Drive - £47.99 (save £27.00)
2TB of storage is more than enough for films and media, and will add plenty of space to your console or PC. View Deal

5TB Seagate External Portable Hard Drive - £71.99 (save £58.08)
For when you absolutely have to not delete anything ever. This is the drive for people who want to keep everything. View Deal

If neither of those take your fancy then we've got the the best some of the best hard drive for PS4 options, or a run down of the best Xbox One external hard drive choices. Don't forget we've also got our Black Friday game deals covering just about anything you could be interested in.