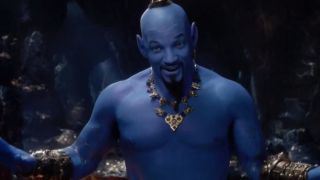 Happy New Year! New you? Pah. More like new Disney Plus. Below, we have the full list of arrivals for January 2020, including all the fresh TV shows, movies, documentaries, and reality series that are heading to the streaming service over the next month.

Just this week alone, you’re looking at a fresh batch of weekly episodes for ongoing series – including The World According to Jeff Goldblum – and a certain blue genie rocking onto the scene in the shape of 2019’s Aladdin. That’s not all… but we’ll let you find out about everything new on Disney Plus in January 2020 for yourself. There’s plenty to get through, on top of the literal thousands of hours already provided by the House of Mouse. And if you want to know what the fuss is all about, check out how to sign up for a Disney Plus free trial.

But it’s not all incomings. Some fans have noticed that a handful of movies and shows have been removed from Disney Plus at the beginning of the year. We’ve managed to round up the ones we definitely know about, and we’ll keep updating as soon as we hear more.

Everything leaving Disney Plus in January 2020