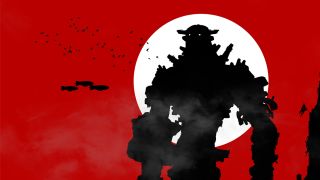 Welcome to Tuesday's Daily Radar - all the essential news, hot and fresh out the kitchen.

BUNDLE ALERT FOR PLAYERUNKNOWN'S BATTLEGROUNDS
Microsoft just unveiled a fresh console bundle featuring a 1TB Xbox One S, a controller, and a copy of PlayerUnknown's Battlegrounds for $299 (with free shipping if you buy it through Microsoft's store). Just be warned: PUBG looks quite a bit different when not played on the Xbox One X, so be sure to watch our PUBG on Xbox One vs Xbox One X comparison video before you pull the trigger.

START PLANNING YOUR E3 2018 OUTFIT NOW
Public passes for the biggest show in games go on sale next week, says Game Informer. Be ready at 12pm EST on Monday, February 12. The first 1,000 people who buy a three-day pass will only pay $149 rather than the standard $249, so to those of you hoping to save a Benjamin, do what you can now to prepare your F5-mashing finger.

HAPPY LUNAR FESTIVAL FROM HEROES OF THE STORM
The real-life Lunar New Year (aka Chinese New Year) is a great excuse for games with cosmetics to dress up their characters in ornate, undoubtedly snazzy skins. Blizzard's MOBA Heroes of the Storm kicks off its Lunar Festival today, featuring new skins and a limited-time Brawl that's like kart racing but with everyone riding giant fireworks. Expect Overwatch, League of Legends, and more to have their own Lunar New Year events soon.

WOLFENSTEIN HEARTS SHADOW OF THE COLOSSUS
In a beautiful moment of monster-murdering solidarity, the official Wolfenstein 2: The New Colossus account tweeted its own take on fan art to celebrate the release of Shadow of the Colossus on PS4.

From one Colossus to another, congrats on the launch of Shadow of the Colossus, @PlayStation! #Wolf2 pic.twitter.com/4szgX1BUoXFebruary 6, 2018

GRAB A PC GAMER WEEKENDER TICKET NOW
It's only a couple of weeks until lucky limeys have the chance to experience the most exciting upcoming PC games at the PC Gamer Weekender in London. Use the discount code GR20 to snip 20% off tickets.

Join us at 5pm PT every weekday for the Daily News Bulletin and don't miss an update by following us on Twitter via @gamesradar.