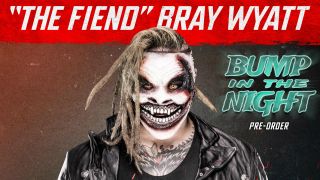 The burning question on every wrestling-obsessed gamer’s lips after one man (and a severed head!) stole the show at Summerslam: will Bray Wyatt’s ‘The Fiend’ character appear in WWE 2K20?

Mercifully, publisher 2K has been swift with the answer. Yes, Wyatt is in – albeit as DLC.

On the surface that may appear like a quick cash grab, but in fact this is a major breakthrough. In previous years any new or repackaged character who broke through after WrestleMania would be held back for the following year’s game, so most fans expected Wyatt’s new alter-ego to be omitted until WWE 2K21. Instead, he’s coming as part of the first downloadable ‘WWE Originals’ pack, all of which will be Halloween themed to mark the WWE 2K20 release date of 22 October.

This is the first time Balor, Black, Orton, Sheamus, Rose and Cross have been mentioned in relation to this year’s game, so you can now add them to the ever-growing WWE 2K20 roster. That’s particularly big news in Cross’ case, as the Scottish brawler - and reigning women’s tag champion - was mysteriously omitted from WWE 2K19.