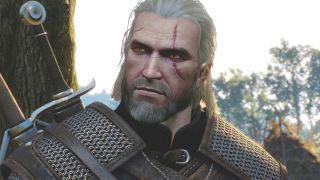 The idea of us ever getting a Witcher 4 – or whatever the game will eventually be called – is basically inevitable. Although developer CD Projekt Red is really busy with another little project known as Cyberpunk 2077 right now, it's looking increasingly likely the team's next project is The Witcher 4.

And that's not just based on the success of The Witcher Netflix series either. The Polish studio has been talking quite openly about the next entry in The Witcher series. Official CD Projekt Red forum moderator Donata Popławska recently confirmed that “as far as the strategy of the CD Projekt Capital Group for 2016-2021 is concerned, its plans to release the second AAA game by 2021 remain unchanged. We are currently focusing on the production and promotion of Cyberpunk 2077, so we do not want to comment on further projects." (You can view the translation here.) That smells like The Witcher 4 to me, and some time before 2021.

Well, well, well. What else do we know that CD Projekt Red is working on? A new Witcher game? Specifically The Witcher 4? Oh hell yes. CD Projekt Red CEO Adam Kiciński has already basically confirmed that there will be another Witcher game, it just won't be called The Witcher 4, so it's looking likely the next game is but a few years away.

"The first three 'Witchers' were by definition a trilogy, so we simply could not name the next game 'The Witcher 4'. This does not mean, of course, that we will leave the world of The Witcher," said Kiciński in an interview with Bankier.

"The Witcher is one of two franchises on which to build the future activities of the company," he adds. " Today, unfortunately, I can not reveal anything more."

With The Witcher 3, developer CD Projekt Red created a glorious, huge and utterly explorable fantasy world that told tales players will be talking about for years to come - including talk of unicorn sex. It took the Witcher series to a height of success it had never seen before, making it's scarred, white-haired hero Geralt a bit of a star.

We all love the way CD Projekt Red deals with DLC too. For Witcher 3 (one of the best RPG games of all time), it gave us 16 free downloadable content packages with the 10-hour expansion, Hearts of Stone in October 2015 and then the beefier second expansion, Blood and Wine, in May 2016. Once you lock yourself into The Witcher 3’s world, it is incredibly easy to just stay there.

Until we have concrete, insurmountable proof of the game, we’re rounding up all the online gossip and dev chat surrounding the possibility of The Witcher 4 happening.

While Developer CD Projekt Red hasn’t outright confirmed that there will ever be a Witcher 4, it certainly hasn’t been ruled out completely. As we've explored above, the team isn't averse to talking about the idea of another Witcher game, and it's getting more interesting after CD Projekt – the parent company of developer CD Projekt Red – signed a deal with Witcher books author Andrzej Sapkowski to "further solidify their relationship".

But talking about a new Witcher game isn't a new thing. In an interview with Eurogamer back in May 2016, CD Projekt Red co-founder, Marcin Iwinski, said the team “didn’t have anything planned” when it came to the next Witcher game.

“As we said before, never say never [but] right now it’s really Blood and Wine. This is the end. Blood and Wine is [the] closing and there won’t be any Witcher any time soon - if there ever will be one.”

But back in December 2015, CD Projekt Red CEO, Adam Kicinski seemed more definite that this is a series the developer would be reluctant to leave behind.

“It’s too early to talk about it, but it’s not like we’re forgetting about this brand. It wouldn’t be fair towards the fans,” said Kicinski to Polish TV station TVN24 BiS. “We’ve worked within this universe for over a dozen years now and I don’t think it’s going to be the end of it.”

But fast forward to March 2017 and CD Projekt Red’s investor call was much more illuminating on the topic of The Witcher 4 - or at least another Witcher game.

“The Witcher was designed as a trilogy and a trilogy cannot have a fourth part, can it?” said Marcin Iwinski. “We like this world a lot. We invested 15 years of our lives in it and a lot of money. So, we’ll think about [making a new Witcher game] at some point. But please consider us as rational people, we sometimes have weird ideas but overall our thinking is very rational. We have full rights to The Witcher games. They are ours. We have invested enormous funds into promoting it, and it’s a very strong brand.”

Iwinski went onto say that The Witcher series “deserves some rest”, or at least the team needs a change. “For the past ten years the team has been working on swords and castles and medieval Slavic monsters. So I think it’s time for some guns, androids, and some ammo.”

The team is currently working on Cyberpunk 2077, which is due out sometime after 2017. But CD Projekt Red is also working on another game scheduled for release sometime between 2017 and 2021. That’s mysteriously described as a AAA RPG title, but according to Iwinski, although Witcher fits that description perfectly, you probably shouldn’t get your hopes up.

“We are a publicly traded company so we cannot comment on that [game] but I can assure you we are not working on another Witcher,” he said. Ok then.

What the games are saying

***Warning, major spoilers for The Witcher 3 lie ahead***

If you play The Witcher 3 through to conclusion then you’ll know that it does round off the series in quite a closed manner. The base game has over 40 different ending variations, but whatever happens it’s very much the end of Geralt’s story.

Whether you get one of the good endings or the bad one where Ciri snuffs it, Geralt’s story sees him riding off into the sunset, either destined to roam the land as a Witcher until his last days, retiring to Kovir with Triss or going off with Yennefer to a place away from the politics and the noise.

“I think good stories must have an ending,” said Jakub Szamałek, Senior Writer, in an interview back in 2015 with IGN. “You cannot extend them indefinitely, and we felt that Geralt has had such an amazing adventure, and his saga is already so long and complex that this seemed like a good point to think about an appropriate finale for the story.”

Whatever ending you get Geralt is facing the rest of his days in retirement. In The Witcher 3, he’s already an older man, so there’s no way he could be the face of a potential Witcher 4. He’s just not got the stamina. And of course, the same can be said for Ciri, mostly because if you lose her at the end of The Witcher 3, it’s not going to make much sense continuity wise for those gamers to have her as the protagonist for the next game.

That's something that the developers have backed up too. Speaking to Polygon during a tech demo back in 2013, executive producer John Mamais said that The Witcher 3 was Geralt's last story, but that wouldn't stop him from a cameo or two in the future.

"We are not killing the world and walking away from it, but we will definitely want to make this game the finale in a big way," said Mamias. "We might even include Geralt in later games potentially. We just need to talk about it and figure out what we're going to do next."

Of course, the series has plenty of side characters, NPCs and other faces that could take up the mantle of Witcher hero, but it seems like there’s no clear direction for the next game to go in from the ending of The Witcher 3 and its expansions.

I’d be lying if I said I didn’t want The Witcher 4 to exist one day. Like millions of others out there, I think it’s a masterpiece of gaming that absolutely deserves a sequel. However, having played The Witcher 3 and its expansions, I can see that there is an end to the series - at least in its current form.

If we were to see The Witcher 4 land on our PC or consoles in the next few years/decade, there’s definitely scope to have a fresh face lead us there. No doubt we’ll be playing as another Witcher, although it could be that part of The Witcher 4 is having to go through the Trial of the Grasses, the incredibly painful test that young apprentices have to survive through in order to become a Witcher. It’s how they get their signature cat-like eyes, and other enhanced skills.

It would certainly be a lot of new ground to cover, especially seeing that new Witcher trying to carve a name for themselves in those early years - particularly in the shadow of Geralt and Ciri.

Who would you like to see as the face of The Witcher 4? Let us know on Twitter @GamesRadar.