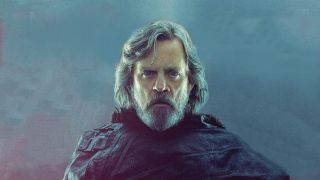 After watching the latest Star Wars: The Last Jedi trailer, you may think no story beat is safe from the promotional cycle. Several unexpected scenes played out before us in the two and a half minute video that director Rian Johnson himself was a bit torn over recommending. But in an interview with Yahoo, he assured Star Wars fans that the revelations on hand in that trailer were just an appetizer course.

"A year ago, maybe even more than that, my producer Ram [Bergman] and I sat down with the folks at Lucasfilm and said, 'OK, this is what we’re going to reveal here and there, and this stuff we’re never going to reveal until the movie comes out.' We came up with a 'no-fly list' of, under no circumstances is this shown or that shown," Johnson said (kind of a crass reference point, given what the actual no-fly list is, but I've made plenty of weird word choices during interviews that I regretted later myself).

Trailers seem to have adopted a more brazen attitude toward story reveals in recent times. Can you imagine watching a trailer for Star Wars: The Empire Strikes Back that ends with Darth Vader saying "Luke, I am your -" and then cuts to a shot of Luke's surprised face? I can. A little too easily, actually. But this is frickin' Star Wars we're talking about here, so I'm glad that everybody involved was willing to not even entertain the possibility of showing certain moments.

"It is a fascinating process," Johnson added. "It's something that for me, just having been a fan my whole life, suddenly being behind the curtain and seeing how it works and seeing how deliberate it is, has been really fascinating."

So if you'd been holding off on watching the new Star Wars: The Last Jedi trailer, at least now you know that the movie will still have some more surprises for you. Or if that's still too much, at least you can check out these spoiler-free reactions.