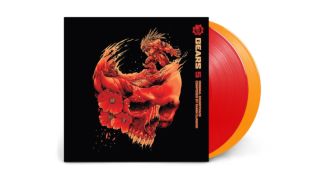 The Gears 5 soundtrack is available for pre-order over at Laced Records, available in a Deluxe Double Vinyl set and a Limited Edition set. The OST vinyl, composed by Game of Thrones and Iron Man composer Ramin Djawadi, is comprised of 18 specially-remastered tracks pressed to 180g heavyweight vinyl.

The masterfully-composed and varied soundtrack of Gears 5 is just one of its highlights. GamesRadar's review assures fans that "Everything you’ve ever loved about Gears of War returns in Gears 5, and there’s nothing wrong with a little good ol’ fashioned AAA spectacle."

If you're holding out for a big Gears 5 discount, bookmark our guide to the best Black Friday game deals and there's a good chance you'll get lucky this year.