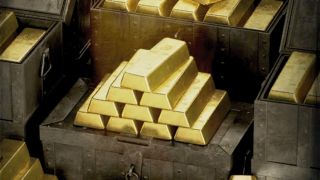 The Red Dead Online beta's latest update is short and sweet. First off, anyone who plays Red Dead Online on or before Sunday, January 27 will receive five gold bars as thanks "for your support and understanding throughout this beta period," Rockstar said. The bars will be delivered by Tuesday, January 29, so start writing your shopping list now.

The only major fix in the update has to do with Gun Rush, Red Dead Online's newest battle royale mode. Rockstar says a broader suite of Gun Rush fixes is on the way, but for now it's fixed up the matchmaking to "help generate fuller lobbies." Gun Rush is meant to be played with 32 people, but many players have reported seeing far fewer than that in most games. After these fixes, hopefully more people will be rushing for guns.

Rockstar also followed up on the changes it discussed in a previous post, namely proximity-based player blips on the map, parley and feuding changes to minimize senseless violence, and law and bounty upgrades which should further discourage griefing. Additionally, today's update mentioned "a new Freeroam dynamic between bounty hunters and criminal rogues" which will tie into the law and bounty systems.

These and other fixes are scheduled to release in the next few months, Rockstar said, so if you're holding out for better behavioral incentives in the lawless multiplayer mode, you're in luck. You can read today's full update here.

Here's a timeless tip for you: how to make money fast in Red Dead Online.