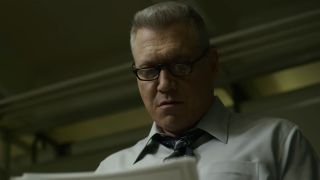 Bad news, Mindhunter fans. Season 3 doesn’t look like it’ll be heading to Netflix in the near future. The David Fincher-directed crime procedural is now on hiatus with Fincher working on other projects – and the actors have been released from their contracts.

“David is focused on directing his first Netflix film Mank and on producing the second season of Love, Death and Robots,” Netflix said in a statement (via EW). Fincher has directed seven of Mindhunter’s 20 episodes and is heavily involved in the Netflix Original series in his role as executive producer.

Yet, Mindhunter season 3 isn’t DOA. Netflix also said “[Fincher] may revisit Mindhunter again in the future, but in the meantime felt it wasn’t fair to the actors to hold them from seeking other work while he was exploring new work of his own.”

Of course, Mindhunter already has previous for lengthy breaks. The gap between seasons 1 and 2 stopped just short of two years, airing in October 2017 and August 2019 respectively, so there’s always a chance we’ll be getting a third instalment of Ford and Tench heading up the Behavioral Science Unit. After all, there’s a murderer’s row of infamous serial killers and psychopaths from both the source material (the book Mindhunter: Inside the FBI’s Elite Serial Crime Unit) and the murky pages of history just waiting to be brought to justice and endlessly analysed, Mindhunter-style.

In the meantime, be sure to fill out your watchlist: check out the best shows on Netflix and the best movies on Netflix.