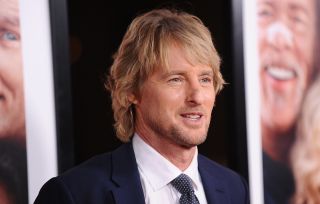 Owen Wilson has joined the cast of Marvel’s Loki, the upcoming Disney Plus series. That news comes by way of a ComicBook.com report, which was then corroborated by Variety.

No more details have been shared just yet, though Variety did also exclusively reveal late last year that Into the Badlands actress Sophia Di Martino will also star in the upcoming Avengers spinoff. Tom Hiddleston will reprise his role as the oft-maligned brother of Thor.

Wilson has previously starred in Disney and Pixar’s Cars franchise as the speedy protagonist Lightning McQueen. He now finds his way back under the Disney umbrella by way of the Marvel Cinematic Universe. Loki is currently filming now, with the first footage having debuted in a Super Bowl trailer.

It’s just one of several Marvel projects exclusively on Disney Plus in the future. Falcon and the Winter Soldier is set to arrive this fall, while other projects such as Ms. Marvel, Hawkeye, She-Hulk, WandaVision, and Moon Knight have all been announced. The movies, meanwhile, continue their takeover of pop culture for another slate as Black Widow arrives on May 1.

Kevin Feige now oversees both the Marvel movies and the small screen series, and the intent is to maintain consistency across them, keeping it one shared universe where the same actors portray their roles across all projects – multiverse stories notwithstanding. That could mean we see Owen Wilson in a future Marvel movie. For now, expect to see him appear in Loki, which will debut on Disney Plus next year.

You don’t need Disney Plus to catch all of the new Marvel series as ABC looks to produce a new one of its own soon.