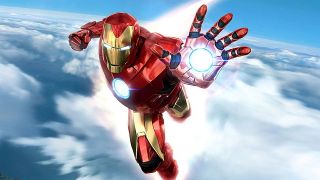 Iron Man VR is the latest game to push back its release date in the winter of our delay-driven discontent. The developers behind the game, which lets players jet around the sky as a comics-inspired Tony Stark (rather than the Robert Downey Jr. version from the MCU), announced the delay on their official Twitter account. Iron Man VR is now set to arrive on May 15, just under three months past its initial February 28, 2020 release date.

In order to deliver on our vision and meet the high expectations of our amazing community, we’ve made the difficult decision to move Marvel’s Iron Man VR to a May 15, 2020 release. We truly appreciate your patience and understanding. You’ll be hearing from us again soon!January 17, 2020

In case the recent blur of delay headlines has you confused, Iron Man VR is unrelated to the Marvel's Avengers games which was also recently delayed. The former is a PlayStation VR exclusive being developed by Camouflaj, which previously created the stealth game Republique. The latter is a multiplatform action game coming from Square Enix and Crystal Dynamics - as far as we know, they don't share a fictional universe or tie together in any other way beyond both using Marvel characters. Used to be that went without saying for any comics adaptation, but now the MCU has gone and spoiled us all.

Beyond Marvel adaptations, the last few weeks have also seen delays for the Final Fantasy 7 Remake and Cyberpunk 2077. It just seems to be the right time of year for video game creators to grapple with harsh truths - or I guess it was a few weeks or months ago, and now is the right time to tell the rest of us about it.

At least we still have Doom Eternal, Animal Crossing: Switch, and Resident Evil 3 to look forward to this spring, among others. For real though, please don't get delayed again, Animal Crossing. Your pending arrival is staving off so many nervous breakdowns right now.

See what else is on the way this year with our guide to the upcoming games of 2020.