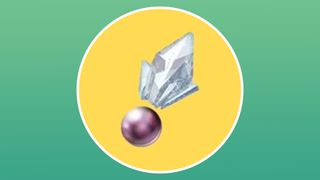 How to get a Sinnoh Stone in Pokemon Go

There are currently three ways to get a Sinnoh Stone in Pokemon Go.

Yes, those looking for Sinnoh Stones at Poke Stops or as part of the tasks themselves can stop torturing themselves. The two main places to get a Sinnoh Stone in Pokemon Go are currently only on the 7th day of your Research Task completion or as a reward for taking part in PvP. Unfortunately there’s no guarantee that you will get a Sinnoh Stone as the end of your seven day streak but the chances are very high of a Sinnoh Stone dropping as well as your usual Pokemon Go Legendaries reward.

Another far less common place to find this elusive special item is during the newly introduced PvP, where it is possible for a Sinnoh Stone to drop as part of your post battle rewards. There’s no clear sign of the odds of this though as people have been rewarded for both wins and losses with this special item. Just like the Pokemon Go shiny list, it’s going to be a case of letting yourself not get too frustrated by the odds.

If you don’t fancy spinning the PvP wheel, stick to getting through your Research Tasks every day and every seven days you should earn yourself a Sinnoh Stone. Then it’s merely a matter of choosing which of the 4th generation Pokemon you’re going to evolve first.

All 18 4th generation Pokemon that require the Sinnoh Stone

So you’ve finally got your hands on a Sinnoh Stone in Pokemon Go and need to know where to use it. Well the good news is that there’s plenty of 4th generation Pokemon who require a Sinnoh Stone for their evolution. Here are all 18 available and the Pokemon to evolve them from.

Just remember that as well as the Sinnoh Stone you’re also going to have 100 candies for each one. However, given that these are evolutions of earlier generations of Pokemon, hopefully you’ll already be rolling in the sweet stuff from the Professor. Good luck!

18 Sinnoh Stone evolutions in total, so it'll take a while to catch 'em all, but as long as you go for as many Sinnoh Stones as possible, you should be able to complete them before long.