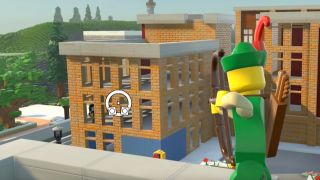 We're used to seeing our favorite movie worlds transformed into bold, blocky playgrounds thanks to the folks at TT Games, but the latest viral hit for the studio is actually a Fortnite fan project made by one of its global community managers. Built entirely in Lego Worlds, it's a hit on YouTube, Twitter, Reddit, and probably some of the smaller alien colonies out there in space.

What would it take to make a Lego Fortnite collaboration a reality? Probably a very long lunch between Epic Games and TT Games, and more than one bottle of wine. There's a better chance of a Fortnite-themed Lego set though, especially as you can submit your own ideas directly to Lego and have the community vote on them. Just saying.

Until then, you'll just have to focus on playing the original Fortnite, so check out our thoroughly researched Fortnite guide .