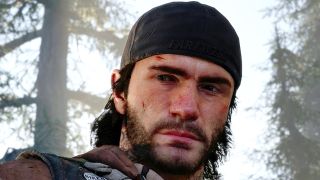 This week was far from your typical span of boring March days. After The Division 2 and Call of Duty: Black Ops 4 were officially revealed and everything happened in the Nintendo Direct, you might think it's time to coast into the weekend. Hardly! Just take a look at these top news tidbits and try to figure out if there's any way next week will compare.

One of the most-anticipated upcoming PS4 games got a bit further away today, as Sony confirmed to USgamer that Days Gone is now set to release in 2019. The open-world action game set in a zombie apocalypse only had the vaguest of 2018 release windows before so it's not a massive change. Still, always a bummer when your "shotgun zombies from the back of a screaming chopper" plans get pushed back.

Marvel Studios boss Kevin Feige confirmed to Entertainment Weekly that the company will "absolutely do" another Black Panther, and it already has "a pretty solid direction" for the sequel. It hardly needed to be said after the commercial and critical triumphs of Black Panther, but we're glad somebody said it anyway. Wakanda forever!

The company that brought us Half-Life, Portal, and Left 4 Dead has put out a few other games since it got super into Dota 2 and VR, but you probably didn't play them because they're VR exclusives. Co-founder Gabe Newell says its new Dota 2-themed card game will be the end of that dry spell: "Artifact is the first of several games that are going to be coming from us," Newell said in a presentation attended by PC Gamer. "So that's sort of good news. Hooray! Valve's going to start shipping games again."

Anthem dev BioWare loses one of its prized writers (again)

The lead writer of Mass Effect and Mass Effect 2, and an important figure in the development of Anthem, has left BioWare. Again. Drew Karpyshyn had worked for BioWare for 12 years before departing for the first time in 2012 (after which he did a trio of original fantasy novels) though he rejoined for what would prove to be a much shorter stint in 2015. Anthem is just about a year away from its early 2019 release date so most of its story has probably been nailed down already, but it's too bad he won't be able to contribute to the "living game" updates.

In honor of MAR10 Day, which continues to be a thing on March 10th, Google has pulled a Double Dash with Nintendo. They snuck the go-karting plumber into the Google Maps app for both iOS and Android and he's (literally) rolling out around the world right now. Make sure your app is updated then look for the yellow question block icon in the lower right of the screen to start driving with Mario. Just don't try to drive like you are Mario - no matter how much you try to drift, you won't get a turbo boost. Also, apparently he pumps his fist like he's on Jersey Shore?

There's a whole lot of weirdness around the Joker origin story movie that Warner Bros. still hasn't officially announced yet: its existence outside of DCEU canon, trading mega oddball actor Jared Leto for slightly less oddball actor Joaquin Phoenix, and signing on Martin Scorsese, yes THAT Martin Scorsese, as a producer. But you can't argue with its choice of source material. According to The Wrap, the film will follow The Killing Joke's lead in setting up The Joker as an awful '80s comedian who eventually turns to crime to support his family. This… might actually be good?

Sea of Thieves open beta is live on Xbox One and PC: Try new voyages, skeleton forts, and 4K

We tried a Tomb Raider escape room and I don’t know how Lara handles that life-and-death stress, to be honest

How Thanos might kill [SPOILER], Thor’s new weapon, and 5 other things from the Avengers: Infinity War reveal