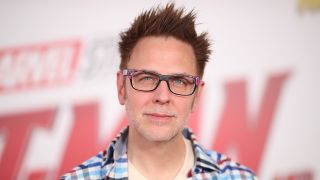 James Gunn is moving on from his Marvel (and Guardians of the Galaxy 3) firing. His next project, a horror movie backed by Sony, has a definitive release window – and it’s a decision that could end up spelling the end for any chance at a Gunn/Disney reconciliation. So, will he say bye-bye to the MCU for good?

The director, who received his marching orders just hours before he was scheduled to present the as-yet-unnamed horror movie at San Diego Comic Con 2018, is clearly in high demand. Screen Rant has had it confirmed that the Sony-produced horror flick is making its way into theatres this November.

While Gunn isn’t going head-to-head with Marvel anytime soon, it’s becoming abundantly clear that other massive studios don’t see Gunn as the hot potato Disney were so keen to drop without fanfare. In fact, if he’s able to see a potentially personal project be greenlit (and, crucially, not swept under the rug), so quickly after the tweet scandal that blew up his Marvel career, it could mean that both Disney and Gunn are perfectly fine with going their separate ways.

As for the movie itself – not much is known about it. Gunn, pre-firing, posted a cryptic tweet with an even more cryptic-er (screw it, that’s a word now) logo at the heart of it. It’s still pinned on his Twitter account, too. Some on Reddit think it’s a Bloodborne movie, while others reckon it’s going to be an adaptation of Grant Morrison comic book property Nameless, though neither have been confirmed.

Either way, one thing is for certain: a James Gunn horror movie is coming in November 2018 – whether it means Gunn is done with Marvel remains to be seen, but signs aren’t looking promising.

James Gunn's Sony scare-a-thon isn't the only movie of its kind on the way. Here's every upcoming horror movie for you to get your teeth into. Or maybe the other way around.