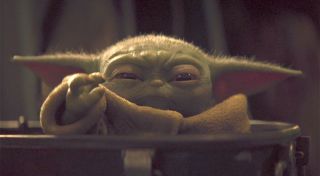 Disney Plus has been a huge success, with The Mouse's CEO Bob Iger claiming the new streaming service has already attracted well over 28 million subscribers. Much of that is no doubt thanks to The Mandalorian. The Star Wars show has taken the world by storm, with Baby Yoda becoming the breakout star.

No surprises, then, that Iger has said that there's potential for spin-off shows from The Mandalorian focusing on characters original to that show.

Speaking at Disney's investors call, he said: "The priority in the next few years is television with The Mandalorian season 2 coming in October, and then more coming from The Mandalorian thereafter, including the possibility of infusing it with more characters and the possibility of taking those characters in their own direction in terms of series."

The Mandalorian season 2 was also given a release date window: October 2020. The Marvel shows Falcon and the Winter Soldier and WandaVision were also given ETAs, August and December, respectively.

Meanwhile, there are more Star Wars spin-off shows on the way. As well as Mando season 2, there's the Obi-Wan Kenobi series – which recently had some scripting issues – and a series based on two Rogue One characters, Cassian Andor and K-2SO. Find out more about all the new Star Wars movies and shows 👈.