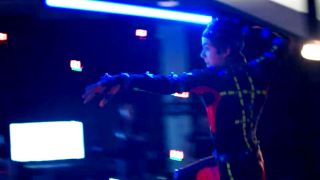 Star Wars Jedi: Fallen Order will get a proper debut at Star Wars Celebration Chicago this April. The new game from Respawn Entertainment (which must already be feeling pretty hot after sneaking out Apex Legends) will get its own panel at the official event in the McCormick Place convention center on Saturday, April 13. Are you shrieking like a scorched droid right now, or is it just me?

There's a lot of fresh ground for Respawn to cover, since all we officially know about Star Wars Jedi so far is that it takes place between Revenge of the Sith and A New Hope, and that it stars a Padawan (a young Jedi in training) who survived the Empire's Jedi massacre known as Order 66. According to the announcement, the panel will feature "never-before-released details ahead of the game’s fall 2019 release."

Leaks and rumors have filled in some of the gaps about Star Wars Jedi, naming our Padawan hero Cal and establishing some of Emperor Palpatine's Inquisitors as potential villains. You don't need any shady whisperings to get excited about the fact that the project's being led by Stig Asmussen, a former director for the God of War series at Sony's Santa Monica Studio. And even if a narrative-driven, third-person Star Wars adventure is a big change from fast-paced first-person shooters, Respawn knows a thing or twelve about satisfying action.

Star Wars Celebration Chicago will kick off on April 11 and run through April 15, and we'll be ready to bring you all the biggest news as soon as it starts.

Why not pass the time until the Star Wars Jedi panel by marathoning your way through our ranked list of every Star Wars movie?