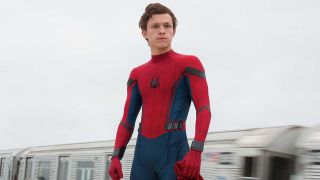 Sony's web of Marvel movies continues to grow. The studio has reportedly scheduled an "untitled Marvel movie" for October 8, 2021. Which Marvel property will fill that slot remains a mystery – but that doesn't mean we can't speculate.

Box-office tracker ERC made the announcement, with Sony not going into any more detail. Already in the pipeline is Morbius and Venom 2 (both due later this year), plus Sony's collaboration with Marvel Studios, the as-yet-untitled third Spider-Man movie, due July 16, 2021.

There are a couple of options that could fill the October 2021 slot. It was previously reported that a Madame Web movie, scripted by Morbius writers Matt Sazama and Burk Sharpless, was in the works at Sony. There was also talk of a Kraven the Hunter movie – which has since been put in limbo – and two other separate female-led outings: one for Black Cat and the other for Silver Sable. The pair were meant to star in a movie together, Silver & Black, but that was cancelled in favour of two solo movies.

There's also a Sinister Six movie still being planned, something that has been around in various forms for nearly a decade now. Could this finally be the time to launch the villain team-up? After all, come October 2021, the likes of Vulture, Morbius, Mysterio, Venom, and whoever appears in Spider-Man 3 will have all been introduced into this weird MCU/Spider-Verse crossover universe.

Whatever the case, we'll be keeping an eye on the situation. In the meantime, check out all the Marvel Phase 4 movies and TV shows coming your way over the next few years.