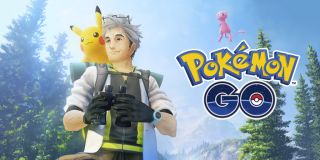 There's a new Team Rocket event about to take over Pokemon Go. For a brief two hours on Sunday, Team Go Rocket Grunts will inhabit every Pokestop along with exclusive research tasks leading you to the Team Go Rocket boss, Giovanni.

The event runs from 11am to 1pm in your local timezone on Sunday, November 24, giving you the chance to do battle with Team Rocket Grunts and Leaders, find Mysterious Components, and craft and buy more Rocket Radars. Additional Rocket Radars can be bought from the shop once you craft your first, meaning more chances to track down and defeat Rocket Leaders.

Completing Professor Willow's Field Research tasks moves you through the Looming in the Shadows storyline and gets you closer to taking on the big Team Go Rocket boss, Giovanni. Taking down Giovanni gives you the chance to catch a Legendary Shadow Pokemon, but you won't be able to start Looming in the Shadows until you've completed A Troubling Situation.

With Grunts apparently taking over every Pokestop, you'll have plenty of chances to find Mysterious Components. Collect six of 'em and you can craft a Rocket Radar to find out which Pokestops are hiding Leaders, possibly getting you a rare Shadow Pokemon.

For all things Pokemon, keep an eye on Black Friday game deals to score Sword and Shield on the cheap.