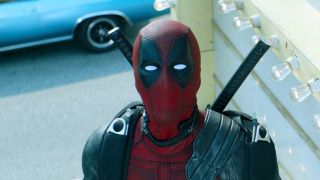 Disney’s plans for Deadpool to appear in the Marvel Cinematic Universe (MCU) are finally taking shape. Now that the dust on Fox’s merger with Disney has settled, the Merc With a Mouth could soon be getting a brand-new set of superheroes to play with. That’s because Marvel is apparently aiming for Deadpool to crossover into different movies, as well as appear in his own, more mature, standalone movie.

Variety reports that ‘[Marvel Studios] is grappling with how to fit the very R-rated Deadpool into its PG-13-rated Marvel Cinematic Universe. The goal is to find a way for the character to move seamlessly between Avengers spin-offs and bloody, profane stand-alone adventures.’

David Leitch, director of Deadpool 2, has recently said that he believes a Deadpool movie under the Disney banner “doesn’t necessarily need to be R-Rated,” but the rumblings from Variety now indicate that Marvel is looking for a way to exist in both his more adult adventures, as well as the more family-friendly MCU movies.

Deadpool, though, has not yet been officially given a place in the MCU. Ryan Reynolds’ masked character wasn’t part of the Marvel Phase 4 series of announcements at San Diego Comic-Con 2019, nor has any word about a potential Deadpool 3 been given.

In fact, outside of Reynolds jokingly namechecking Phase 5 during an Instagram post celebrating the fifth anniversary of the first Deadpool footage leak in 2014, there’s been pretty much radio silence.

If these Deadpool rumours come to pass, however, there’s a good chance Wade Wilson shows up in future MCU movies in much the same way Hulk was used in Thor: Ragnarok or how Tony Stark appeared in Spider-Man: Homecoming.

With Marvel, superheroes aren’t tied to their own franchises anymore – and Deadpool could benefit hugely from that, while still retaining the trademark unique, sick brand of humour on his own grisly turf.

Check out the MCU story so far with our complete Marvel timeline, charting everything from how the TV shows fit in, to the most important week in Marvel history.