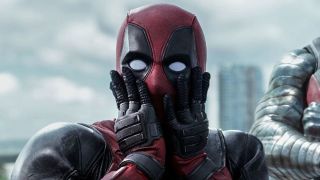 Deadpool is coming to the Marvel Cinematic Universe (MCU), though recent comments from director David Leitch may have some wondering whether The Merc With a Mouth might have to scale back his trademark brand of potty-mouthed humour and gratuitous violence if Deadpool 3 ever comes to pass.

Leitch, who recently helmed Hobbs & Shaw, told Yahoo that “[Deadpool] doesn’t necessarily need to be R-Rated” as he believes “that’s not necessarily the MCU brand.”

However, that’s not the end of the discussion – not by a long shot. Leitch feels there’s room for pushback, telling the publication: “Disney doesn’t necessarily only need to make PG-13 movies. I think we’ll find a happy [middle] ground.”

Could Deadpool work in the MCU without an R-Rating? Once Upon a Time in Deadpool – the recent late 2018 re-release of Deadpool 2 – shows that there’s room for Ryan Reynolds’ fourth-wall breaking character to cool his chimichangas slightly and tone down the more over-the-top aspects of the franchise.

Deadpool 3 hasn’t yet been confirmed. It wasn’t even name-checked as part of Marvel’s series of San Diego Comic-Con 2019 announcements, despite Fantastic Four getting a mention, as well as Kevin Feige, head of Marvel Studios, also making a passing reference to “mutants.”

Plans are surely in the works, though, for a threequel. Disney CEO Bob Iger revealed during a Disney investor call this week (via Buzzfeed’s Adam B. Vary), that X-Men, Fantastic Four, and Deadpool are all now officially part of Marvel Studios. Deadpool’s first two movies, meanwhile, were both huge box-office hits, making a combined $1.5 billion. In short: Disney would be leaving money on the table. And Disney likes money.

Despite its family-friendly image, R-Ratings wouldn’t be new territory for the House of Mouse. The last Disney R-Rated movie, The Fifth Estate starring Benedict Cumberbatch, arrived back in 2013. It’s not an impossibility to suggest Deadpool 3 could be next in line, though it may not be the cast-iron guarantee that may have been expected.

For more on the MCU's future plans, here's everything coming in Marvel Phase 4.