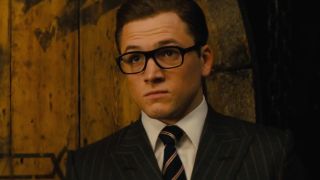 The Taron Egerton/Wolverine hype train has been going full steam ahead for some time now. The actor, though, has finally addressed whether he’d be willing to put on the adamantium claws, saying that he’s open to an MCU opportunity, though playing Wolvie might not be “realistic.”

After being faced with the rumours and fan-casting frenzy surrounding the possibility of playing the new Wolverine, Egerton told Variety: “I love Marvel and I love the movies and I’d love the excuse to get in shape.”

That sounds like a done deal, right? Hold your horses, bub. Egerton is decidedly non-committal, especially when it comes to the iconic role: “I’d love to be a part of [the MCU], whether [Wolverine] is realistic or not, I don’t know.”

The Rocketman and Kingsman star has been rumoured to be in the running to play Wolverine ever since Marvel Comics writer Mark Millar, who famously used Samuel L. Jackson as the basis for his Ultimate Nick Fury character way back in 2002, suggested that Egerton would be the next Wolverine, saying: “Taron Egerton will be the next Wolverine.”

Despite head of Marvel Studios, Kevin Feige, name-dropping both the Fantastic Four and “mutants” at San Diego Comic-Con 2019, there’s been nothing officially announced about any previously Fox-owned properties, nor have any big casting moves been made, beyond Mahershala Ali stepping into Blade’s vampiric shoes.

For now, Egerton replacing Hugh Jackman as Wolverine remains something of a pipe dream. Unless he starts growing sideburns. Then we’re talking.

Here's a look at what is definitely coming next in the MCU: everything you need to know about Marvel Phase 4.