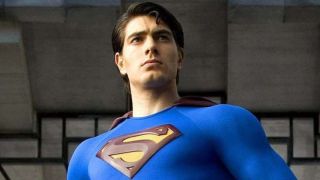 Some San Diego Comic-Con news has leaked early. A day before The CW was set to take over Hall H stage to discuss their DC superhero shows, Deadline reported that Brandon Routh will reprise the role of Superman in their forthcoming annual Arrow-verse crossover episode.

Routh normally plays Ray Palmer/The Atom in The CW show Legends of Tomorrow, but will next be seen as Superman in the forthcoming "Crisis on Infinite Earths" crossover. The actor previously played the Man of Steel in 2006's Superman Returns. Tyler Hoechlin, who plays Superman on the show Supergirl, will also appear as Superman in the special crossover event.

"Crisis on Infinite Earths" will air in December and will feature characters from Arrow, The Flash, Supergirl, Legends of Tomorrow and Batwoman. The series is based on the comic-book event of the same name, which saw the introduction of DC's multiverse - hence the introduction of multiple Supermen.

As it currently stands, The Flash, Arrow, Legends of Tomorrow and Batwoman aall take place on Earth-1. However, Supergirl takes place on Earth-38. Expect "Crisis on Infinite Earths" to bring them all to the same Earth.