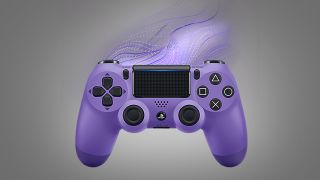 Maybe you got a PS4 as a gift this holiday season, or perhaps you're just in the market for a cheap PS4 controller. Either way, it's a great time for you to track down and take advantage of some seasonal deals on PS4 controllers. There's nothing better than having an extra DualShock 4 on hand if you're playing with friends or even if you're in the middle of a multiplayer match when your battery suddenly goes.

And while there are third-party controllers all over the web, we're here to steer you in the right direction. That doesn't just mean buying the Sony DualShock 4 (although we are big fans) but other third-party manufacturers like Razer and Nacon, amongst others that we recommend in our list of the best PS4 controllers.

You'll see that some of the DualShock 4 alternatives are priced considerably higher, but that's all thanks to extensive customization and adjustable elements that come with them, as they're often dedicated to the pro or serious gamer looking to get a leg up in some competitive gaming. But our dedicated price comparison tech is constantly checking the web for the best PS4 controller deals, whether you're looking for a new reliable accessory, or one that will make you the belle of the gaming ball. Keep an eye on this page as the tool frequently updates based on the latest and greatest deals.

This is the original DualShock 4 PS4 controller, and it’s incredibly versatile and works with every PS4 and PS4 Pro. The design has been tweaked since the PS4 originally launched to make the thumbsticks more robust and there's now an attractive LED bar on the front of the touchpad. The standard DualShock 4 is also available in an enormous range of different colors, patterns and designs now, so you can often select that at checkout.

For some, the official PS4 controller isn’t quite good enough. Maybe you’re looking to take part in eSports, or play online in some official tournaments. If this is the case you should consider looking at the Razer Raiju, as it offers a few features that aren’t standard on other pads. It has hair-triggers and sprung face-buttons that are more responsive and snappy than the slightly spongy versions on the official pad. On top of that, the analogue sticks are more responsive too, cutting down on any slight deadzone between pushing the stick and something happening on screen. To be clear, these are incredibly marginal improvements, but they can make all the difference to professional and tournament play. It also has mappable buttons under the pad itself, so you can program certain sequences in, handy if you’re looking to guarantee certain movesets every time you attempt them.

If you like the look of the Xbox-style layout on the Razer controller above but don't need the deep set of customization options or you just want a much cheaper price, then this alternative is the one to go for.

If you prefer the general layout of the standard PS4 controller as seen in the DualShock 4, then you're probably better of sticking with that one instead. As things stand today, the official Sony option is cheaper anyway.

Note: Sorry, US gamers, this version of the Nacon controller is only available in the UK and Australia.