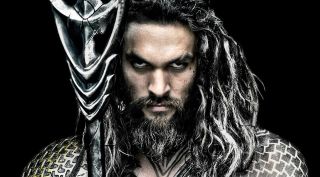 It’s not every day that you get to play a superhero and, as Jason Momoa is proving in preparing for the Justice League movie, you’ve got to put in the hard work to get every aspect of the role down to a tee – and that includes practising sword fighting (topless, the show-off).

Posted on Instagram, the Aquaman star is sharpening his sword skills before he makes his Justice League debut – and then appearing in his own standalone movie next year.

It’s probably worth mentioning that Momoa has previous for really cool, brutal fight scenes on Game of Thrones, so maybe he just needed to brush up on his stance (or throat-ripping abilities). It's almost definitely NSFW. Unless you work in a butchers.

Aquaman, best known for his trademark trident, is still well-versed in other forms of armed combat, hence the training. All in a day’s work for Jason Momoa, I suppose, the lucky so-and-so.