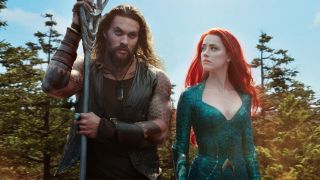 Animated mini-series Aquaman: King of Atlantis – produced by the director of the 2018 DC movie, James Wan – is heading to HBO Max. Wan will executive produce the three-part series, which picks up just as Aquaman takes over as king of Atlantis.

Here's the noticeably family-oriented official synopsis (via Deadline): "Produced by Warner Bros. Animation, the series begins with Aquaman’s first day on the job as king of Atlantis and he’s got a LOT of catching up to do. Luckily, he has his two royal advisors to back him up – Vulko, the scholar, and Mera, the water controlling warrior-princess.

"Between dealing with unscrupulous surface dwellers, elder evils from beyond time and his own half-brother who wants to overthrow him, Aquaman is going to have to rise to the challenge and prove to his subjects, and to himself, that he’s the right man for the trident!"

Beyond Wan, it isn't yet clear if anyone else tied to 2018's Aquaman will join the animated series. I'm particularly interested to see who will sign on to voice the leading role, famously portrayed by Jason Momoa.

From The Lord of the Rings TV show to The Haunting of Bly Manor, here are the best new TV shows coming in 2020 and beyond.