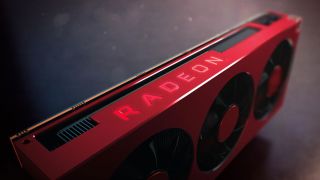 It's already been confirmed that the PS5, or whatever Sony calls its next-gen console, will be powered by a custom-built graphics card based on the AMD Navi architecture. And now, AMD has started opening up about that new partnership.

Speaking with CNBC Mad Money's Jim Cramer, AMD CEO Lisa Su said that 2019 was going to be a "big year" for the company, and although AMD is working on "many, many products", it's particularly "proud" to be working with PlayStation to deliver the PS5 - which currently isn't reported to arrive until May 2020 at the earliest.

What will the PS5 price be, and when will we know?

"We are so honoured and proud to be part of Sony’s next-generation PlayStation,’ Su said. "This has been a really long-term partnership with them. We love gaming. We think gaming is a really good secular growth market. What we have done with Sony is really architect something for their application, for their special sauce," she went on. "It's a great honor for us. We're really excited about what the next generation PlayStation will do."

Special sauce eh? Reading between the lines a bit, it seems like AMD is confident that its new custom chipset is going to give whatever the PS5 games turn out to be a boost over what we're currently seeing with the best PS4 games.

So far, Sony has confirmed the focus for PS5 is to move into 8K gaming, delivering significantly faster loading times (up to and over 18 times as fast as PS4), and provide PS4 backwards compatibility.

However, although it's looking likely a May PlayStation event is on the cards, Sony has already ruled itself out of the E3 2019 games line-up, meaning if a State of Play live stream doesn't happen, we may be in for a bit of a wait for more official news.

What we'll definitely hear more about at E3 though, will be Xbox's answer to the PS5 - currently codenamed Xbox Project Scarlett, or its flagship Anaconda console. Exciting times indeed!

For now though, why not check out all the upcoming PS4 games for 2019 and beyond, and check out our video for the best PS4 exclusive games below: