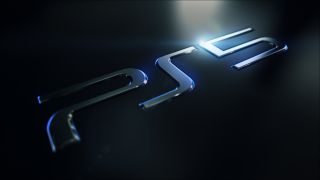 After the PS5 was confirmed by Sony in a surprise move earlier this month, many questions remain about the nature of the next-gen console, including details about the release date, architecture, and the PS5 price point that day-one buyers can expect.

While Sony is keeping its cards close to its chest for now, a recent earnings call by the tech company has shed a brighter light on Sony's plans for the product, and in a subsequently released earnings report, the development of the PS5 was again reconfirmed, stating an "increase in development expensed for the next generation console."

The PS5 price tag will be "appealing to gamers" says its lead architect... whatever that means

However, according to tech reporter Takahishi Mochizuki, who transcribed the conversation that took place during the call itself, Sony stated that there would be "no next-gen PlayStation launch over [the] next 12 months." That means that we won't be seeing the release of the PS5 until May 2020 at the earliest, and even that's an optimistic prediction.

Historically, next-gen consoles are released in the third or fourth quarter of the financial year, closer to the Holiday season rather than Spring, so perhaps an October/November 2020 launch window is more feasible. Meanwhile, Microsoft has yet to lift the curtain on its Xbox Project Scarlett, but there's a chance it has plans to do so in June, alongside the debut of its E3 2019 games on the stage of its press briefing at the expo.

Kotaku's Jason Schreier has recently suggested that the reason Sony had the PS5 confirmed so early is to get ahead of any leaks, as developers start to receive press kits for the console this year. Whether we'll hear any more about the hardware within the next few months is debatable, but we need all the time we can get to our heads around the ray-tracing tech that is being used to build the next generation of the PlayStation Nation.

We're still not done with this generation. Check out the big new games of 2019 on the way, or watch the video below for a guide to the week in entertainment ahead.