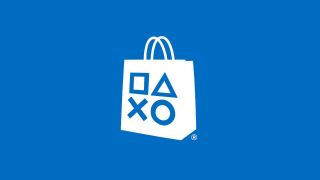 In a surprise move that seemingly came out of nowhere yesterday, Sony casually announced key details about its next-gen console, the unofficially titled PS5, in a Wired interview with the system's lead architect Mark Cerny.

Throughout the conversation, Cerny confirmed that the PS5 would be backwards compatible, feature ray-tracing technology and 8K resolutions, and reduce loading times to the point of non-existence, but a detail suspiciously omitted from the interview was anything about the potential PS5 price point Sony is aiming for at launch.

However, the story's author Peter Rubin later confirmed on Twitter that he had asked Cerny about the potential cost of the PS5, and his answer was unsurprisingly cryptic. "I believe that we will be able to release it at an SRP [suggested retail price] that will be appealing to gamers in light of its advanced feature set", explained Cerny, before admitting "that's about all I can say about it" when Rubin asked if that meant a more expensive price tag than the PS4.

10 key battles that will define the future of gaming, as PS5, Google and Xbox Project Scarlett draw near

The newly released information about the PS5's internal tech, which will use AMD chip technology that currently goes on the market for upwards of £350 alone, does indeed suggest it will be a steeper investment for consumers looking to purchase the console on day one, but Cerny's words can be taken as a small assurance that it won't be completely unaffordable for the average gamer.

In other words, don't expect a price tag as ludicrously high as the PlayStation 3's back in 2006, but perhaps we should also be preparing to pay a little more than the consumer-friendly entry fee of the PS4's 2013 RRP. Meanwhile, Microsoft has just revealed its plans for E3 2019, and could be about to announce its own next-gen console, the rumoured Xbox Project Scarlet.

Find out what developers think about the future of gaming in the video below, or head over to our list of the biggest new games of 2019 on the way to see the titles worth keeping an eye on.