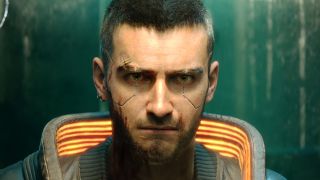 The show's riding off into the sunset and our list of E3 2019 games is decided. We've taken the biggest games from the pre-E3 2019 weekend and beyond and stuck them all in this list, with special credit to a whopping seven shows: EA E3 2019, Xbox E3 2019, Bethesda E3 2019, the PC Gaming Show, Ubisoft E3 2019, Square Enix E3 2019, and finally Nintendo E3 2019. They rapid-fired out enough announcements to keep us rolling in video games until next year's show, and there are even more to consider thanks to a bounty of the best indie games at E3 2019.

It was a surprisingly strong show even with PlayStation E3 2019 as an official non-entity - though unofficially, we've included a certain PS4 exclusive from Hideo Kojima on this list as it cheekily got a big update right before the show. There are a whole lot of E3 2019 games to run down, so we'd better get started.

The Legend of Zelda: Breath of the Wild sequel

Only Nintendo could make announcing a direct sequel to a beloved, best-selling game feel like a genuine surprise. The Zelda: Breath of the Wild sequel was a literal showstopper as the final announcement of the E3 Nintendo Direct presentation and it instantly sent us into hyperventilation-fueled speculation. What will it be like to explore the land of Hyrule now that it's been freed from the taint of Calamity Ganon? What is that strange new source of corruption? Will we finally get the chance to play as Zelda in a main-series Zelda game, and not just for a little bit? With the game seeming to repurpose Breath of the Wild's world, hopefully we won't have to wait too much longer to play it.

Star Wars Jedi: Fallen Order was one of our most anticipated E3 2019 games coming into the exposition, and its long-awaited gameplay reveal did not disappoint. We saw our young hero Cal Kestis (a former Padawan and survivor of Order 66) slicing his way through an Imperial facility on the Wookiee homeworld of Kashyyk - sometimes "slicing" in the sense of hacking systems with the help of his droid buddy BD-1 and sometimes "slicing" in the sense of cutting through groups of stormtroopers with his lightsaber. The gameplay demo concluded by setting up what looked to be a boss-fight worthy encounter with a K-2SO lookalike who was way less sympathetic to the Rebel cause than its famous cousin.

Sony technically snuck its Death Stranding announcement in a few weeks before the show, but it was so clearly a little "we still have the best exclusives nyahhh" to everyone at E3 that we have to include it. The reveal came in the form of a 9-minute trailer that gave us our first substantial look at Death Stranding gameplay and finally started contextualizing some of the many story elements we've seen so far. Let's back that up a bit: Death Stranding still looks strange and confusing as hell, but now it's clear that it's going to be strange and confusing as hell in the fun way that's Hideo Kojima's speciality.

The original Baldur's Gate games were classics. If they were before your time, you probably at least know them by reputation; they're basically Dungeons & Dragons: The Game, and they're isometric RPGs steeped in storytelling and the kind of character building that turned BioWare into a genre-leading developer. Skip a few decades later and you'll find Larian Studios, the developer behind the Divinity: Original Sin games and now Baldur's Gate 3, has some of today's best storytellers on staff and knows its way around an isometric RPG, so we're pretty into the newly announced sequel. Oh, and that tentacle monster from the Baldur's Gate reveal trailer? Also into that. Let's kill some of those.

Okay, so if we gloss over the fact we’ve got to wait until next year to get our greedy paws on Animal Crossing: New Horizons, at least we now have a confirmed release date for the Animal Crossing Switch game. In the new trailer released during the Nintendo Direct, the focus was on a load of new mechanics that will overlay the traditional gameplay cycle of the Animal Crossing series. These new features circle around the Nook phone, a brand new device that your character will have that allows you to invite friends into your game, as well as access the new crafting recipes that will allow you to build your own tools and furniture via the Nook crafting bench. Furniture can now be placed inside and outside your home, which will really help you turn this deserted island into a real home.

Contra: Rogue Corps isn't as weird of a direction for the Contra series to take as it might first seem. Alright, I'll grant the fact that filling out the playable character roster with a human-brained panda and a woman who has an alien fused into her stomach is a little weird. But the frantic twin-stick shooting action is pure Contra, a modern day version of the top-down levels from Contra 3 and beyond. We'll have to wait and see if the tonal differences feel more justified by the game itself, though; part of Contra's appeal was its earnest and unflinching adoration of hard-nosed action flicks.

Dragon Quest Builders 2 is like if you took Dragon Quest Builders and - get this - built onto it. It's a bigger game in pretty much every way: map sizes, block varieties, settlement details. You'll even have more company as you reconstruct this post-apocalyptic world, either with your persistent companion Malroth (who with a name like that is definitely not going to have a heel turn, no way) or with up to three of your buddies in co-op multiplayer. You can try out a demo of the game starting on June 27 if you can't wait for the full release date in July.

Crossfire is to the East as Counter-Strike is to the West: a tactical, team-based FPS that just about every genre fan has played at some point. At the Xbox show, Microsoft announced it's coming to our shores as Crossfire X, a free-to-play console exclusive for Xbox One. Akin to the classic Counter-Terrorist vs Terrorists team structure, Crossfire X features the Global Risk private military corporation versus the Black List terrorists. Xbox boss Phil Spencer flaunted the fact that Crossfire has 650 million registered accounts on PC, so hopefully Crossfire X can find comparable success with the Xbox audience.

Travis Touchdown, an otaku assassin and one of the most lovable losers in games, is back for another round of slicing and dicing with his trusty Beam Katana. In a quick cinematic trailer during the Nintendo show, we got to see Travis make a sentai transformation, fight alien invaders aboard their octahedron-shaped ships, and hear the familiar voice of Sylvia Christel, Travis' contact in the United Assassins Association. Robin Atkin Downes is reprising his role as Travis in this full-on continuation of the series, following the Travis Strikes Back spin-off game that launched this past January.