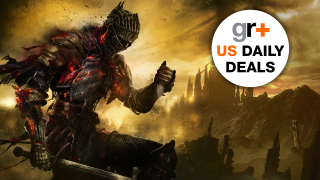 Still on the hunt for a good 4K TV to tag along with your next console of choice? Today we have two prime candidates for both lower-end and mid-range budgets, on top of some nice deals on gaming hardware and online subscriptions.

Check out the US gaming deals below and join us again next week for another fresh selection of discounts.

Guitar Hero Live for Xbox One now $37.99 at GameStop

Sony 65" Class (64.5" Diag.) | 2160p | Smart | 4K Ultra HD TV with High Dynamic Range | Black now $1,599.99 at Best Buy
If you want a very nice television without going all the way to the super-pricey higher end, this LED model from Sony is a great option. It's made even better with a $200 discount, and it features both 4K resolution and HDR support so it will work well with your PS4 Pro and (most likely) Xbox One Scorpio.