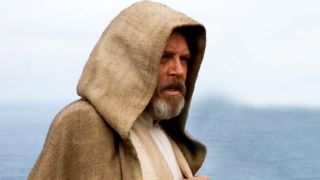 Star Wars has always been known for putting the epic in space epic, and Star Wars: The Last Jedi will surely be no different. When coupled with the rumoured runtime, however, you’re looking at being just over two months away from feasting your eyes on the longest Star Wars movie ever. Perfection.

The movie listing for Star Wars 8 on UK cinema chain Cineworld’s website (h/t Screen Rant) has the middle movie in the third trilogy clocking in at a whopping 150 minutes. But how does that stack up to every other live-action movie in the franchise? Stopwatches at the ready: let’s take a look…

So, not only would The Last Jedi be the longest Star Wars movie by a whole 8 minutes (though the interminable Attack of the Clones felt like 12 hours long, to be fair), it eclipses the original Star Wars movie by half an hour. At this rate, Star Wars 9 will be closing in on 3 hours.

Do you think two-and-a-half hours is too long? Or is Rian Johnson capable of stretching the movie out over an extended runtime? If only there was some sort of poll-based option to gauge your reactions...