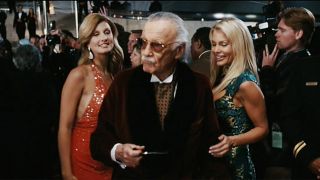 Speaking to CinemaBlend, Watts suggests that Lee’s declining health, as well as the obvious end point of Avengers: Endgame, both contributed to the lack of desire to film a Spider-Man: Far From Home Stan Lee cameo.

“I think everyone sort of knew that [Stan] was sick and he had just filmed the cameo for Endgame,” Watts says, “I think they shot that earlier, too… It felt right for the last thing to be in Endgame. So we never really talked about it, honestly.”

In case you needed reminding, Avengers: Endgame’s Stan Lee cameo included him driving past the 1970s air base yelling “Make love, not war.” It was his 22nd and final appearance in the MCU.

Even so, it still remains to be seen whether Far From Home will at least include some sort of Easter egg to the co-creator of everything from the Fantastic Four, to the X-Men, and, yes, everyone’s favourite neighbourhood Spider-Man. If Stan Lee can’t be there in person, you’ve gotta believe he’ll be there in spirit in some way. Watch out for that on July 2.

It now seems that Stan the Man’s final goodbye in the MCU will come in the shape of this week’s Avengers: Endgame re-release. In it, we’re getting an as-yet-unseen “Stan Lee tribute.” Here’s hoping Far From Home will also include a fond farewell of its own.

Need a refresher for Stan the Man's other MCU appearances? Here's every Stan Lee cameo. Excelsior!