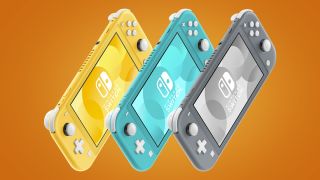 Nintendo Switch Lite deals are one of the season's most in-demand items and there's still time to get an absolute corker of a deal thanks to Currys.

Despite only being released in September, the new Nintendo Switch Lite is getting a sweet discount today from Currys to help put it above rival stores, most of which are sticking rigidly to the £199 RRP in this post-Black Friday world of ours. If you're in the US, the best deal we could find for you is the Lite with Crash team Racing for a tempting $213 (saving $20).

So, not only can you save £20 off the price on the yellow, grey and turquoise models, but there's a huge bonus with a free six-month Spotify Premium subscription. At £9.99 a month normally, that's worth £59.94. So if you've been thinking of hopping over to Spotify Premium anyways, you're effectively saving nearly £80 today. £120 Nintendo Switch Lite anyone?

Before you dive in, just remember, the Lite version of the Switch can not be played on a TV and the controllers don't separate from the system - this is very much a handheld-only version of the Switch. Most games are compatible though, with the main exceptions being ones that require detached Joy-Cons as peripheral attachments or for the game to be played in tabletop mode (Ring Fit Adventure, Labo, 1-2-Switch, Super Mario Party and so on). For a complete rundown on the differences, check out Sam's handy article: Nintendo Switch vs Nintendo Switch Lite: Which should you buy?

Nintendo Switch Lite | 6-months Spotify: £179 at Currys
This is likely to be the best deal we see for the rest of the year now. Software bundles really seem to have dried up now as the ones we've seen this week don't actually include any discount at all. Six months of Spotify Premium with a £60 value is a belter of a deal though.
View Deal