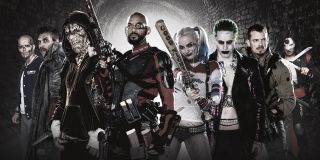 Judgement day is almost at hand for Suicide Squad, which finally opens in cinemas next month. The marketing campaign for David Ayer's movie has been pretty energetic, and the latest tease comes in the form of six new images courtesy of Entertainment Weekly.

Ayer also took the time to comment on the expectations for his film; "Two years ago ­Suicide Squad was a tertiary [DC property]. No one knew anything about it. It was a cool little playground, and I was going to go make my movie. Now it’s like the hype bus. All of the attention has swung onto it, and it has to carry a lot more weight than it was ever intended to. I think it can sustain it. But it’s a lot of pressure. You definitely feel the pressure".

Some of that pressure is undoubtedly due to Batman v Superman's poor reception; That movie was meant to get audiences excited about DC movies, but that task has now fallen to Suicide Squad. If the trailers are anything to go by, there's a good chance it will succeed.