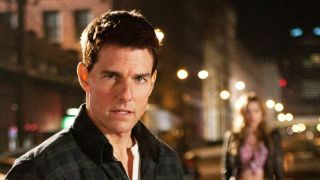 Amazon Studios has given the green light to a Jack Reacher TV series based on the books by Lee Child.  Child's first Jack Reacher novel, Killing Floor, will serve as the foundation for the first season of the Jack Reacher TV show, Deadline reports.

“Lee Child has created an incredible character and world; it will be the goal of every writer, producer, actor, executive and crew member to capture the essence of Mr. Child’s books – and luckily Lee has been there, and will continue to be there, to help guide us along the way in this series. He is the pulse of Reacher,” said Santora.

The Jack Reacher TV show has already been in development at Amazon for a year. Child, who will also serve as an executive producer, commented on Amazon's TV version of his billion-dollar-plus series of books and assured fans it should be a faithful adaptation. “It’s been great so far, but really, the fun starts here. By now I know these guys, and Reacher is in the perfect hands, believe me,” said Child.

We don't have any casting news to report at this time, but we'll be sure to keep you updated as we learn new developments. We're particularly eager to find out who will play the titular hero, famously portrayed by Tom Cruise in the Jack Reacher films.

It's unlikely we'll see the Jack Reacher TV show premiere this year, so instead get pumped for the best new TV shows coming in 2020.