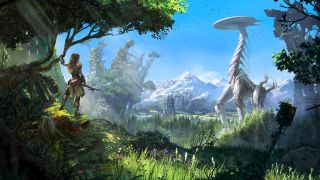 Horizon: Zero Dawn is coming to PC this year, according to a report from Kotaku citing three sources familiar with Sony's plans for Guerrilla Games' open-world epic.

A PC port of Horizon remains unconfirmed, but this isn't the first time the idea has been floated. Last year, Russian YouTuber Anton Logvinov, who accurately predicted Death Stranding's PC port, claimed that Horizon would come to PC in February 2020. As it happens, the very existence of Death Stranding's PC port also supports the possibility of Horizon coming to PC, as the two games share the Decima Engine. If Death Stranding can run on PC, then it stands to reason that Horizon could also be made to fit on the platform with reasonable tweaks.

Logvinov's prediction has gained some credibility following Kotaku's report, but the timeline is questionable. February is right around the corner at this point, and I reckon Sony and Horizon would want more time to drum up a PC port of one of the PS4's best exclusives. That said, multiple events and rumors suggest that Sony has big plans for February, so an announcement isn't necessarily off the table either.

It's worth noting that Kotaku's report cites sources with knowledge of Sony's plans, not just Guerrilla's. Traditionally, the PC ports of PS4 games have been handled by third-party studios and publishers rather than Sony itself. If Sony is directly involved with the alleged PC port of Horizon, that would make it something of a special case, and it could signal plans that the company will follow Microsoft's efforts to build a gaming ecosystem as opposed to an insular platform. That's just conjecture based on a rumor, mind you, but if it holds up, it could have an interesting impact on the competition between PS5 and Xbox Series X.

Somewhat relatedly, an animation director at Guerrilla Games recently teased a new mo-cap project which may be related to the company's plans for Horizon.