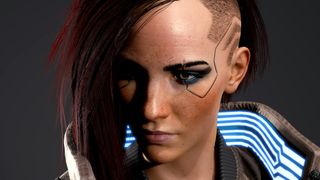 Update January 31: The Taipei Game Show has been postponed indefinitely in response to the Wuhan coronavirus outbreak, meaning the Cyberpunk 2077 news previously planned for the show is likely on hold. Taiwan just reported its ninth case of coronavirus yesterday, according to Taiwan News. While the show was originally set to proceed with health precautions in place, including temperature checks and required face masks as reported by VG247, the organizers have now elected to delay the show to an unspecified date. We'll have to wait and see whether CD Projekt Red shares anything else in the meantime, but the most important thing is keeping people healthy.

Update January 27: It looks like we may already have a teaser of what Cyberpunk 2077 is going to show off next week at the Taipei Game Show. CD Projekt Red put out a video for the Chinese-language audience that shows a few brief snippets of gameplay along with a behind-the-scenes look at the game's localization process. The video hasn't been officially shared on Cyberpunk 2077's Western platforms, but you can check it out via this unofficial YouTube upload. I'd say about half of the video is in Chinese while the other half is in English, but you can enjoy the peeks at gameplay regardless of what languages you speak.

Original story: After finding out in recent weeks that Cyberpunk 2077 was going to be delayed and that its multiplayer component wouldn't arrive until 2022 at the earliest, we're due for some more uplifting news about where the game is right now. Thankfully, it sounds like developer CD Projekt Red is ready to deliver. The company has confirmed that it will be in attendance at the Taipei Game Show starting on February 6, VG247 reports, and that it will premier "previously undisclosed content from Cyberpunk 2077" to a select audience while it's there.

"Previously undisclosed content" could be just about anything - a new trailer, new screenshots, new music, a behind-the scenes look at the modeling of Keanu Reeves' digital ghost chest hair. In the past, CD Projekt Red has used behind-closed-doors presentations like the one it's teasing for the Taipei Game Show to debut extensive new snippets of gameplay. There's a good chance that will be the case again, and if it is, folks who don't attend the show will probably have to wait a while longer to see it for themselves.

That said, even if CD Projekt Red holds back the juiciest "undisclosed content" for attendees, it typically has at least a little bit of new hotness to share with the general public around the same time. It would be nice to throw the rest of the world a bone while we're still moping around after that delay news, right? The studio has already confirmed that Cyberpunk 2077 won't be on next-gen consoles when they launch but some other tidbits would be welcome.

We'll keep our eyes peeled for any announcements to come from the showfloor. Keep your holo-vids jacked into our feed and various other pieces of cyberpunk terminology until then.

See what else is on the way next with our guide to video game release dates.