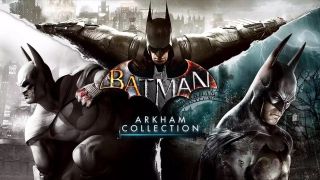 Thanks to that ever reliable source of video game leaks, Amazon, we now know that the Batman Arkham Collection is real, and it's coming out a lot sooner than you might think.

This isn't to be confused with 2016's Batman: Return to Arkham, which included remastered versions of Batman: Arkham Asylum and Batman: Arkham City. The Arkham Collection features both of those titles and the Game of the Year Edition for 2015's Batman: Arkham Knight, which includes all post-launch DLC and an "Earth 2 Dark Knight" Skin for the caped crusader. Oh, and if that weren't already enough, the retail version also comes all wrapped up in a special steelbook case.

Forget Batman, who played the best Bruce Wayne ever?

According to the Amazon UK listing, Batman: Arkham Collection will be releasing for PS4 and Xbox One on September 6 later this year, a little under two months away. Sadly, there's no reference to a Nintendo Switch version of the package, meaning we're yet to be able to fight crime as Bats on the go just yet.

It's likely that this re-release is publisher Warner Bros' way of getting audiences re-engaged with the DC gaming universe, as we know that both Rocksteady and Warner Bros. Montreal are working on titles set in that universe, with rumours of a Destiny 2-style Suicide Squad game reportedly on the way.

Neither of those studios were present at E3 2019 earlier this year, however, so there's also the possibility that each of these games will be launching on the next generation of hardware with the PS5 and Xbox Project Scarlett. One thing's for sure; the adventures of the world's greatest detective are far from over just yet...

For more, read about all the big new games of 2019 still on the way, or watch our release radar below for a guide to everything else out this week.