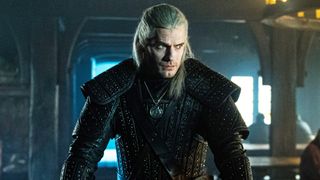 On the face of it, they couldn’t be more different. In one corner: The Witcher Netflix series, with more magic and monsters than you can shake a silver sword at. In the other, Christopher Nolan’s Dunkirk, a dramatic re-telling of the most fateful day in World War Two. Witcher showrunner Lauren S. Hissrich, however, has explained how the war movie helped craft The Witcher timeline – a storytelling device which she admits some fans “hated.”

Hissrich told The Writer Experience podcast that one of objectives when sitting down to write The Witcher was “to elevate two characters who become important later in the book series: Yennefer and Ciri.”

Then, a solution arose: Dunkirk. Obviously. That led to the structure of the first season devoting more or less equal time to all three characters, regardless of over how many years each of their stories took place.

“I was really inspired by watching Christopher Nolan’s Dunkirk, where he does something incredibly similar,” Hissrich said. “I heard this great interview with him where he was explaining: if part of the rescue mission took a week, part took a day, and part took an hour – if each of those segments only took up as much time in the movie as it did in real life, then you’d think the week-long rescue was the most important because it took up the most time. But, in fact, all three were equally important. I loved the experience of watching [Dunkirk] and figuring that out… I love watching things and figuring it out as I go. To me, as a viewer, that’s really exciting.”

Of course, the meshing of timelines and chronology wasn’t to everyone’s tastes. While Hissrich thought it “was a real benefit of this way of storytelling for The Witcher” she “was surprised by how many people hated it. It was a lesson for me,” she recalled. “Not everyone watches television the same way I like to watch television.”

Like it or loathe it, it’s always fun to see creative types take influence and inspiration from anywhere they can get it – including their favourite movies. Just don’t watch Memento before The Witcher season 2. My head can only hurt so much.

Find out what's coming your way in February with our rundown of everything new on Netflix.