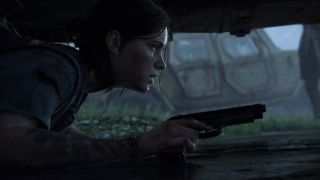 Contrary to popular opinion, it's looking increasingly unlikely that The Last of Us 2 will be coming out this year. For one thing, we now know that Sony's big upcoming PS4 game for 2019 is Death Stranding, and while Naughty Dog has confirmed its sequel to The Last of Us is in its final stages of development, is officially "coming soon", and has even finished principal mo-cap filming, the latest rumours about its release date all point to a February 2020 launch.

This prediction has been corroborated in recent days by a new report from ZhugeEX, an industry insider and analyst with a history of accurate leaking, who reconfirmed on ResetEra that The Last of Us 2 would be releasing in February 2020, alongside more information about its launch.

According to ZhugeEX, Naughty Dog's follow up to one of the best PS4 exclusives will release with four editions of various tiers; a Standard Edition, Special Edition, Collectors Edition, and Ellie Edition. That latter version of the game would make sense, given that a "Joel Edition" of The Last of Us was sold back during its launch in 2013, and the sequel's switching of protagonists to former companion Ellie thus paves the way for the character to get her own special release.

As for what's inside each of these editions of the game... ZhugeEx is staying silent, but - looking at what Sony has done with games like God of War and Horizon Zero Dawn in recent years - we can probably expect a statue of some sort, an exclusive steelbook version of the game, tons of digital goodies, and maybe even a few stickers to slap on your PS5 when the next-gen console supposedly releases next year.

That February release date also holds up when you consider the series history, as Naughty Dog has traditionally timed its Last of Us product launches around public holidays associated with family, love, and friendship. The game's Left Behind DLC arrived on Valentine's Day 2014, for example, so perhaps we can expect The Last of Us 2 to land on that same, special day, only five years later. I don't know about you, but I've already cancelled my dinner plans.

Check out the best PS4 games to play right now, or learn what's happening this week in games and entertainment with our latest Release Radar video below.