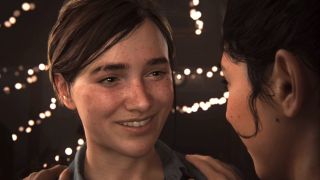 And that’s a wrap on Ellie, Joel, and the most ambitious cinematic shoot we’ve ever done. Tears were shed... #TheLastOfUsPartII pic.twitter.com/mRnlP54u4NApril 18, 2019

Don't worry, no spoilers here. According to a recent tweet from Naughty Dog vice president and The Last of Us Part 2 director Neil Druckmann, the final scene of the hotly anticipated sequel has been shot.

It's worth noting that even if the ending scene of The Last of Us Part 2 has indeed been filmed, it's possible Naughty Dog is shooting out of order, meaning overall shooting isn't necessarily finished. Likewise, while motion-capture and voice acting is a huge chunk of the legwork for games like The Last of Us, God of War, and Red Dead Redemption 2, it's only one part of the production process, and that production is just one part of game development.

I say all this not to rain on the clicker parade, but to temper expectations regarding The Last of Us Part 2's release date, which is currently unknown. Druckmann's update is exciting news and it's good to know the sequel is ticking along, but knowing that the ending has been shot is not the same thing as hearing that the game is finished. The Last of Us Part 2 hasn't gone gold or anything.

That said, this does suggest that development is well over the hill, so to speak, and that lines up with all the rumors and purported leaks we've heard regarding the sequel's release date. Several sources - including the PlayStation Store - have suggested The Last of Us Part 2 will release in late 2019, and Druckmann's update doesn't necessarily rule out that time frame. For comparison, Druckmann previously said the mo-cap shooting for Uncharted 4 was finished roughly seven months before the game's release. Timelines can differ wildly between projects, but it's an encouraging precedent if nothing else.

But again, Naughty Dog has yet to commit to a release date, so it's possible the sequel will roll into 2020. Incidentally, that would put it closer to the launch of the PS5, which will be backwards compatible with PS4 games but could also tap The Last of Us Part 2 for a cross-gen release. The same thing happened to The Last of Us on PS3 and PS4, after all. Anyway, hopefully we can put these rumors to rest with an official release date soon. Sony won't be at E3 2019, but news could still arrive this summer.