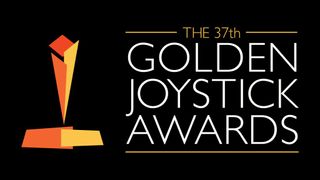 Like Thor and Valkyrie, Vision and Scarlet Witch, Star-Lord and Gamora, The Golden Joystick Awards 2019 and UKIE, a non-profit trade association for the game industry in the UK, are combining their powers.

The Golden Joystick Awards 2019 are on Friday, November 15 in London, and will give you the chance to recognize the most important games of the year.  The voting for this year will be announced on September 20, with over 20 categories to vote in including your favorite Xbox, PS4, and Nintendo Switch games of the year.

UKIE supports and promotes video game creators in the UK, and plays a vital role in ensuring the games you love get made.

This year will be their 37th anniversary of The Golden Joysticks, an event that has honored games and creators like Hideo Kojima, Hidetaka Miyazaki, and Ken Levine. Last year PS4's God of War scored five awards, and Fortnite claimed the Ultimate Game of the Year prize. Here's a total list of the Golden Joystick Awards 2018 winners in case you want to reminisce.

Who could be in the running for a shiny gold peripheral in 2019? So far the best games of 2019 include titles like The Division 2, Devil May Cry 5, Apex Legends, Metro Exodus, Super Mario Maker 2, and Crash Team Racing Nitro Fueled. Later this year, these games will get competition from Borderlands 3, Gears 5, Call of Duty: Modern Warfare, The Outer Worlds, and Death Stranding, which are all due to come out in time for the public vote.